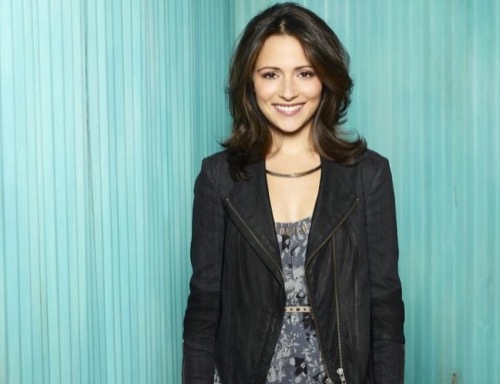 Chasing Life returns to ABC Family tonight for an all new Monday February 2, season 1 episode 14 called “Cancer Friends With Benefits,” and we have your weekly review below. On tonight’s episode April makes a fresh start with Leo, but the timing isn’t ideal because she’s forced to spend time with Dominic  [Richard Brancatisano] when they cover the same event for the newspaper. Meanwhile, the Carvers receive some surprising news from Natalie and George [Steven Weber].

On the last episode Natalie learned that she was a donor match for April, but she was hesitant to undergo the procedure. Meanwhile, April took on a soft-news assignment to please her boss; Brenna and Natalie spent time together; and Beth’s relationship with Graham caused problems. Did you watch the last episode? If you missed it, we have a full and detailed recap right here for you.

On tonight’s episode as per the ABC Family synopsis, “while April and Leo try chart new relationship waters, April and Dominic spend an incredibly awkward night together covering the same event for the newspaper, and it’s clear that the pain of their breakup is still very fresh. With Dominic’s heart on his sleeve and not knowing where she stands with Leo, will April be more confused than ever on what to do about either guy? Meanwhile, Natalie and George have some unexpected news for the Carvers.”

It seems that George has made Sara’s choice for her on tonight’s all new episode of “Chasing Life”. And now she has figure out if she wants fight for him or let him go.

George has accepted a new and admittedly a prestigious job all the way out in San Francisco. And he did this after Sarah had told him she wasn’t ready to go public with their relationship. So, at the time he made this decision that was going to be affecting the both of them, he figured if she wasn’t ready to go public then she must not have been ready for a relationship with him. However Sara, who’s also involved in that relationship, didn’t see it that way.

She just wanted some time to herself to figure things out – she did not want to call things off between them completely. Hence, if Sara actually wants to George to stay then she’s going to have to get off the fence.

And in speaking of benchwarmers, April and Leo have entered a new stage in their relationship and April doesn’t know what comes next. It seems she wants something “possibly more” with Leo but their relationship was unconventional from the very beginning. So she’s kind of left the ball in his court.

Though, thankfully, Leo ended up knowing what he wanted. He later asked her out on their first official date and he was even willing to bend over backwards to get her to agree.

April couldn’t say “yes” to Leo’s first two choice for their date because she had to do a work event on one of them and have George’s goodbye party on the other but she told him “yes” for his third choice. And she had appeared to be really excited about it. So much so she was possibly radiating too much happiness because when she ran into Domini at the event – he tried his best to burst her bubble.

While they were jointly interviewing someone, Dominic was actually acting really unprofessional just so that he could stick it to April. And that’s in no way an exaggeration. Because, during the interview, he kept on throwing dirt on April and Leo’s relationship.

As the story goes, April was asked if dating another cancer survivor was easier and rather than let her answer her own questions – Dominic kept jumping in to interrupt her.

And not with anything pleasant to say!

So, ok, their relationship is tense but dealing with it day in and day out has inadvertently made April question herself. For instance, she began second guessing her upcoming date because Dominic pointed out she doesn’t seem to be as hurt about their relationship (or lack thereof) as he is. And yet she is upset about how things ended.

But there’s also other things going on in her life. So, Dominic’s feelings haven’t been a priority.

First Leo was in a coma and now Natalie had suddenly decided to live in Boston because, as she says, why not. Though, before she made this monumental decision, Natalie hadn’t looked for a place to live. So she soon was stuck living with a guy that she felt too guilty to turn down in bed.

And what did April do when she heard about her sister’s living situation? She came to the rescue like she always does. She connected Natalie to a recently bereft Beth. Beth’s roommate had left her in the lurch so she was practically willing to take anyone. So it’s a good thing Natalie wasn’t that hard to live with.

As for George, he’s moving on and he’s somewhat given Sara’s permission to do the same.

At his going away party, his family had hired a chef who ended up flirting with Sara all night. And George never once intervened or showed dislike. Thus, he got Sara to thinking and she’s come to the conclusion that it would be easier to start over fresh with someone she hasn’t had baggage with. And her first husband will always remain baggage between her and George.

And though April later admitted to Leo she’s thought about Dominic in the “it would be easier” stage – she knows her relationship with Leo is more important to her because she doesn’t care about that part. In the end she wants what she has with Leo.

Though, Dominic may want something with Natalie which will be a sticking point with April!