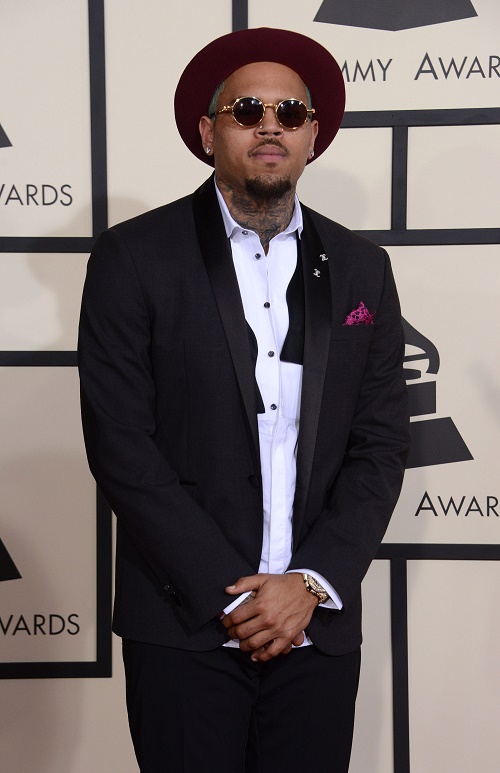 Chris Brown is a father! According to reports, he secretly fathered a 9-month-old baby girl with a model named Nia Gonzalez, and somehow managed to keep it all under wraps. And while we here at CDL are not the biggest fans of Chris Brown [cough, we hate him, cough], it is admirable that he managed to keep a baby hidden for more than a year. I mean, most celebrities at his level of fame can’t even get away with a secret relationship, much less a secret baby daughter.

The baby girl’s mother is reportedly a model named Nia Gonzalez, and she is supposedly in an amicable situation with Chris – i.e., they’re not dating or involved in a romantic relationship, but they get along well, which always bodes well for custody. However, I can’t help but speculate on how Karrueche Tran is handling this and whether she knew about this, considering that she and Chris have been embroiled in an on-again/off-again relationship for the past few years.

The Gossip Table  also confirms that neither Chris Brown nor his baby mama Nia Gonzalez have formed an official child support arrangement, but I’m sure the sudden onslaught of media attention and speculation will force them to consider it.

Plus, there’s also a bit of controversy surrounding Chris Brown’s baby daughter – especially since Nia reportedly led someone else to believe that he was the baby’s father. An unknown man [with the Instagram user name @royalty_yaye_bah] shared a long post titled ‘The Saddest Day Of My Life’, writing, “This lil girl meant the world To Me. I been There Through Everything I was told This Was My child How Can This Be happening A Man Just Steps in and Take Over What I Built What I lived for I Dedicated My Whole Life To This Family Now Everything Is Gone..@tmz_tv @balleralert Y Did this happen To me Now I lost My Lil Girl For Good.”

The Instagram account has since been deleted and this whole story hasn’t been confirmed at all, but is it shocking to hear that Nia would lead someone else to believe that he was the father – especially if Chris Brown wanted to keep the news undercover?

What do you all think? Let us know your thoughts in the comments below.