Chris Brown Officially Sentenced To 131 More Days In Jail For Violating His Probation! 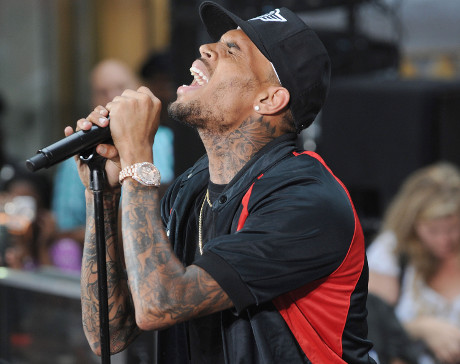 The judge has finally made his ruling in the Chris Brown case — and let’s just say CB’s future days aren’t going to contain any partying or fun! Because he violated his probation, and confessed to doing so after getting in a fight with a man in Washington D.C., Chris will be required to spend 131 days in jail. The judge actually sentenced him to 1 year in the slammer; however, because he did spend 116 days in rehab and 59 days in jail, the judge reduced his sentence.

So that settles that, folks. Chris will be heading to jail for 4 months (and some extra days). Do you think this will help him get his act together and get him on the straight and narrow path once he finishes serving his time? Who knows? But we hope that, for his sake, he learns his lesson from this whole disaster.

TMZ reports, “The judge could have gone a lot harder — 4 years in prison.  But Chris got a break because the judge took into account he was recently diagnosed with bipolar disorder, which could account for some of the violence. The judge also ordered Chris to attend therapy sessions with a shrink 2 times a week.   And he must submit to random drug testing 3 times a week.”

And this is just the beginning of things for Chris. This trial was concerning only his probation violation. The case dealing with the D.C. assault is set to begin in the coming months. Dang, this boy’s life is stressful!