Chris Soules, Whitney Bischoff Breakup: Chris Back In LA To Confirm Split After Bachelorette Premiere – Their Love Was A Scam! 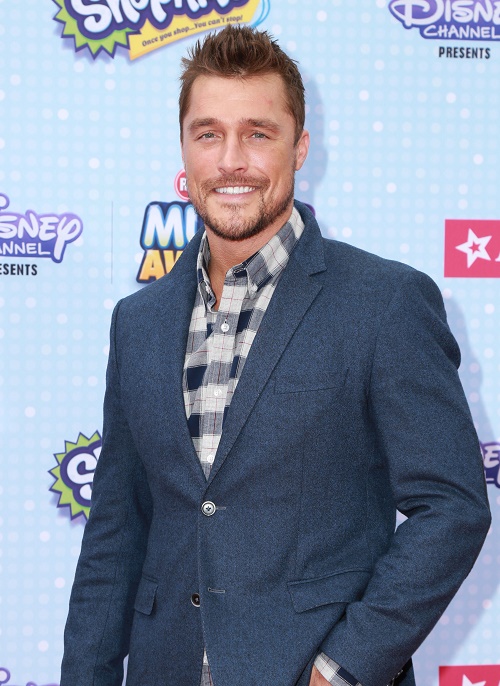 Chris Soules is already back in Los Angeles – after his day long reunion with his fake fiancée Whitney Bischoff. Chris Soules and Whitney Bischoff’s breakup is still very much on, despite the couple’s sad attempt to appear to still be together. As reigning Bachelor couple, it is Whitney and Chris’s responsibility to appear to be living happily ever after right before the Bachelorette premiere. If Chris Soules and Whitney Bischoff break up before the Bachelorette 2015 premiere on May 18, then the show could take a serious hit in ratings. Why tune in to watch Kaitlyn Bristowe look for a husband when we all know they are just going to break up after they are done filming like almost every other couple before them?

Chris Soules and Whitney’s relationship was over weeks ago – instead of moving to Iowa to live with Chris on his family’s farm, the 2015 winner packed her bags and moved back to Chicago and began working at her old job, leaving Chris in Los Angeles. The couple didn’t even spend their 6 month anniversary together, nor did Whitney show up to support him for his last few performances on Dancing With The Stars. It was obvious the couple had broken up, and the odds of them getting married were slim to none.

On May 13, Whitney and Chris bombarded social media with photos of her in Iowa, to prove to all of the doubters that they hadn’t broken up. No one is buying it though. Sure, Whitney drove all the way to Iowa and took a few photos with Chris standing in front of a tractor. It’s really an insult to Bachelor fans’ intelligence that they honestly think snapping a few photos together will prove that they are a happy couple. What Chris and Whitney neglected to say on social media is that they weren’t even together 24 hours and after their little photo shoot – Chris Soules travelled back to Los Angeles to hang out with Witney Carson and rehearse for the Dancing With the Stars finale.

So, when will Chris Soules and Whitney Bischoff finally stop pretending that they are the picture perfect couple? As soon as The Bachelorette premiere is over, the couple will help promote Kaitlyn Bristowe’s new season. And, as soon as Bachelor Nation has moved on and become infatuated with Kaitlyn’s search for love, Chris and Whitney can finally release their official press statement saying they have decided to break up, and were unable to make their relationship work. Sound familiar? Most likely because in January, Andi Dorfman and Josh Murray did the exact same thing. Everyone knew their relationship was over, but they still showed up at the Bachelor premiere and bragged about planning their wedding that was never going to happen. Then a few days later they released a joint statement confirming they had broken up and were going their separate ways.

Are you part of the 1% of Bachelor fans that still thinks Whitney Bischoff and Chris Soules could actually get married? Or do you see their relationship for what it really is – a publicity scam? How long after The Bachelorette premiere do you think it will be until Chris and Whitney finally confirm they have broken up? A few days, or a few weeks? Let us know what you think in the comments below and don’t forget to check CDL for all of your Bachelorette spoilers and news.