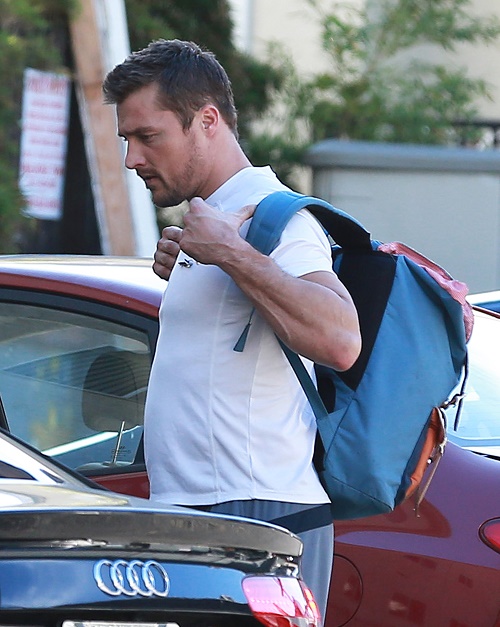 Chris Soules and Whitney Bischoff broke up weeks ago, but The Bachelor couple is keeping their showmance alive for a few more days – until the premiere of Season 11 of The Bachelorette. Anyone who has followed Chris and Whitney since The Bachelor finale can tell you that their relationship crashed and burned before it ever really began, and there is no way the couple is getting married. But they have kept their faux relationship going at the persistence of Bachelor producers.

Despite the fact that Whitney Bischoff moved back home to Chicago and didn’t even show up to Chris’s last two performances on Dancing With The Stars – the couple reunited in Arlington, Iowa this week and posted some sappy photos on social media. While some fans misinterpreted the pictures as meaning the couple hadn’t broken up, Chris and Whitney were merely fulfilling their duties as reigning Bachelor couple.

Remember right before the premiere of The Bachelor, Andi Dorfman and Josh Murray flooded social media with happy couple propaganda and wedding plans, even though everyone knew their relationship was over. Then, just like clockwork, a few days after The Bachelor premiere had aired on television, they released a statement confirming that they had broken up. Chances are, as soon as The Bachelorette premiere has aired on ABC on May 18, Chris Soules and Whitney Bischoff will release a statement confirming what we have all known for months, their relationship is over.