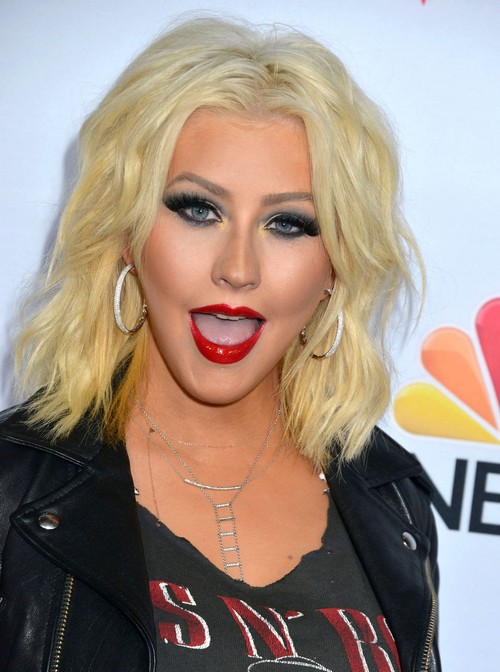 The Voice news is that coach Christina Aguilera could be pregnant AGAIN – could this allow Gwen Stefani to keep her job? And, if Christina is not already pregnant with baby number three, then she will be any day now. Christina already has a son from a previous relationship, and now she and her boyfriend Matt Rutler share daughter Summer.

According to a new report, Matt and Christina have been trying to get pregnant, because they want baby Summer to have a baby brother or sister around her same age group to grow up with.

The National Enquirer is reporting that Christina wasn’t thrilled with the idea of getting pregnant again, but her soon-to-be husband Rutler convinced her after a months of pressure that now is the best time to have another baby.

Naughty Gossip’s sources are confirmed The National Enquirer’s story, the website’s insiders added: “They are in love and having a family is very important to both of them. They want more kids while they are both young and now seems like a good time. They want Summer to have someone close to her age to grown up with.”

If Christina Aguilera is already pregnant (or trying to get pregnant), we are a little baffled as to why she would decide to take back her coaching chair on NBC’s ‘The Voice.’ Spoilers recently teased that Gwen Stefani was OUT, and Christina was returning to Season 10.

Was Aguilera that insecure about her position on the show that she demanded her job back before viewers got too attached to Gwen – even though she will most likely just go on maternity leave again?

It’s no secret that Christina was upset about Gwen’s rising popularity, especially now that she is dating Blake Shelton. If she is trying to have another baby, isn’t it a pretty bad time to kick Gwen out of the coach chair and take your job back? Let us know what you think in the comments below!