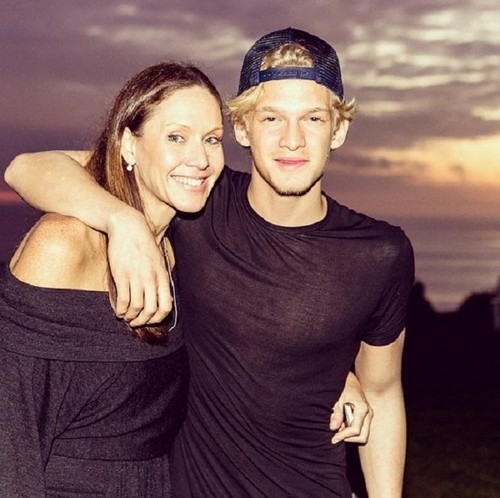 The Real Housewives of Beverly Hills cast recently took a huge hit, and Bravo has reportedly fired both Brandi Glanville and Kim Richards. At this point, rumors are floating around that they are revamping the entire RHOBH cast – which means that the reality TV show needs some fresh faces. And, it looks like they may have found one of them – Cody Simpson’s mom Angie!

Although Angie Simpson joining Real Housewives of Beverly Hills seems totally random, it’s really not random at all. RHOBH alum Yolanda Foster’s daughter Gigi Hadid dated Angie Simpson’s son Cody Simpson off and on for nearly two years – so the two women most likely know each other. The question is, are they on good terms with each other? After Gigi and Cody’s latest break-up, the two moms might have some bad blood between them. Gigi has been known to make a few appearances on Real Housewives, how awkward would it be if Bravo filmed the two families together – and the teenaged exes had an on-camera reunion?

As of right now nothing is official, but if Angie Simpson is “in talks” with Bravo, then she is already getting farther than some of last season’s Beverly Hills housewives. What do you think of all of the cast changes? Will Angie Simpson be a good addition to the show? Let us know what you think in the comments below!