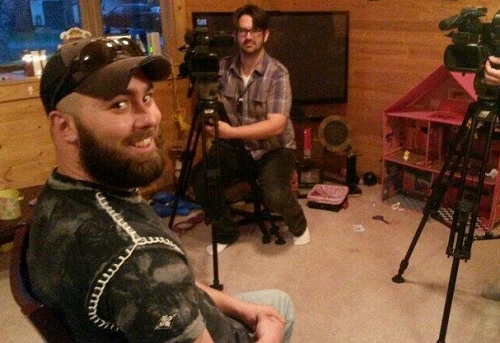 Leah Calvert’s baby-daddy and first husband, Corey Simms, has officially quit Teen Mom 2 because, apparently, he is a baller and the money MTV pays him for filming is not worth his time nor aggravation. Apparently, being tossed bread crumbs from a multi-billion dollar company in exchange for airing every detail of his personal life on national television has grown old – and Simms is over it.

We have watched Corey Simms and Leah Calvert over the course of six seasons, from their twins’ birth, to struggling with their daughters’ special needs, to cheating scandals, divorces, and now custody battles and drug problems. To say that Corey has been through the ringer since her made his MTV debut years ago is an understatement.

Ironically, Corey’s decision to quit filming comes amidst Leah Calvert’s downward spiral and recent trip to rehab. Corey and Leah have been battling for custody of their twin daughters Ali and Aleeah for months – and with Leah’s recent stint in rehab, he has some serious leverage over her.

This is where things get interesting though – Leah is currently in the process of divorcing her second husband, Jeremy, and the Teen Mom 2 star has no other income besides the reality TV show. If Corey gets custody of the twins and walks away from MTV, then he could also refuse to let the twins be filmed, and Leah will be completely screwed. If she doesn’t have her daughters or her husband, what is there to film for Teen Mom 2? Seriously, how many hours of footage could they possibly need of her crying on her couch about how much she misses her kids and hates her life?

Are you surprised by Corey’s decision to quit Teen Mom 2, or do you think it is the smartest decision he has ever made? Do you think he will still let MTV film the twins? Let us know what you think in the comments below!