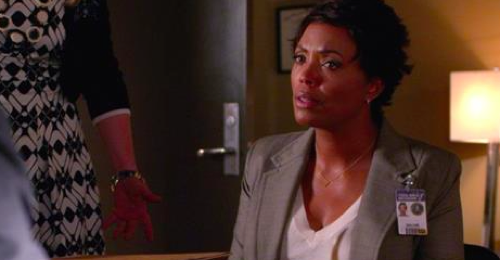 Tonight on CBS Criminal Minds continues with an all new Wednesday November 4, season 11 episode 6 called “Pariahville,” and we have your weekly recap below. On tonight’s episode a woman is murdered in a Florida town comprised entirely of sex offenders, which leaves the BAU literally with a community full of suspects.

On the last episode, the BAU investigated when victims’ bodies are incorporated into macabre graffiti art in Detroit. The team suspected that a notorious street artist was responsible. Meanwhile, Dr. Lewis struggled to balance her relationship with her fiancé and her work. Did you watch last week’s episode? If you missed it we have a full and detailed recap right here for you.

On tonight’s episode as per the CBS synopsis, “a woman is murdered in a Florida town comprised entirely of sex offenders, which leaves the BAU literally with a community full of suspects. Meanwhile, Lewis considers a career opportunity that could take her away from the BAU.”

The BAU were called in to investigate a murder at Glenpoint Village. Now Glenpoint Village is the first of its kind. It’s a planned community for sex offenders that was supposed to offer up a nonjudgmental and safe environment where they can rehabilitate. And the BAU’s very own Dr. Lewis had helped set up the community.

So this case was personal for Lewis on tonight’s episode of “Criminal Minds”. It seems she had personally worked long hours alongside a Reverend Santos. Santos himself had gone to jail when he was seventeen because he had impregnated his fifteen year old girlfriend. So once he got out, he found it hard to be trusted and live in peace his family. And that’s how Glenpoint Village came about.

Santos had come up with an idea for safe haven and as an added precaution he has also chosen to take on only nonviolent offenders and Lewis had helped him with the decision process. Where all who wished to move to the area had were extensively vetted. Though it looks like Santos went further than they had initially anticipated.

He didn’t just screen incomers, he also made them sign a contract if they were accepted into the community. A contract by the way that the sheriff had no idea existed. But requires all participating adults in the community to be implanted with a tracking device.

So Santos had to tell Lewis that the tracking device was now a requirement. They are the first community of their kind and personal safety is paramount. And as a concession to everyone that has agreed to the contract, the tracker was removed after five years if there hadn’t been an incident.

And by that point, there had already been 125 inhabitants that had their chips removed. Therefore the tracker while extreme wasn’t such a bad idea. Glenpoint Village ended up having the lowest crime rate in the state.

However their carefree existence all changed after the murder of Paige Lincoln. Paige had carried an inappropriate relationship with a student. So she moved to the village after she had finished serving her sentence and eventually she met her husband Kyle there. And he was nonviolent offender as well.

Thus the BAU were left with little option. They had to ask Kyle if the cheerleader outfit was his fantasy or his wife’s. Paige had dressed by her killer in a cheerleader outfit that she had bought online and determining whose fantasy it was could either prove Paige was having an affair or that someone had intentionally set out to make her husband look guilty. And unfortunately the outfit had been her husband’s idea.

Yet the couple hadn’t been that open about their fantasies. They had event sent each other dirty text messages over IRC which is a method that erases their text the moment after it’s sent. So the BAU asked Kyle why he had been so secretive and his only explanation was Santos.

Apparently getting in had been hard enough so neither Kyle nor his wife wanted to risk coming off as perverted in front of the good Reverend. Though thanks to the trackers, the BAU realized Paige had become quite friendly with a man named Randy. Randy being a peeping tom.

But as it turns out, Randy and Paige knew each other secrets and that’s why they became friends. He knew that she had something to hide from Santos and she knew that he wasn’t actually a peeping tom. He hadn’t been spying on women, he had been spying on their children. And a pedophile was just one thing that Reverend Santos was ever going to allow.

So Paige had kept Randy’s secret and she had ignored the way he continuously came over simply to watch her neighbor’s son. However the fact that Randy was super aware of everything going on outside seeing as he must have spent hours looking out through her window studying the little boy across the street meant he was the perfect eye-witness. And, once Lewis had walked him through the day of the murder, he gave in precise detail a car he saw outside.

The car he described belonged to IT and usually guys in IT don’t match the age limit that the BAU had originally come up with. So their profile describing a man in his mid-thirties was off. Therefore they decided to go younger and look at men from 18 – 25. and that’s how they came across Matt Franks. Matt being the Sheriff’s own neighbor who had also set up his computer a while ago.

Though at the time, the Sgeriff hadn’t known that Matt had been accused of stalking a girl when he was teenager and only escaping justice because the case had gotten dropped after the victim moved away. And another thing no one knew about Matt was that he was once person of interest in the death of a cheerleader. So that’s how Matt was able to move to Glenpoint.

And how Matt was able to find out that the Sheriff’s daughter had had an old cheerleader uniform in her closet. So it wasn’t a big mystery when the teenager came up missing. The BAU knew Matt would take her back to her house seeing as that’s where her cheerleader outfit was.

So the team managed to find Riley before Matt could hurt her but in order to get the young woman away from her assailant – Lewis had to disarm her weapon.

And after she killed Matt, Lewis’s decision about whether or not she wanted to leave the BAU to pursue a research career became suddenly clear. She chose to leave but is allowed to come back every now and then as a consultant for the BAU.