Criminal Minds Recap – ‘A Place at the Table’: Season 10 Episode 20 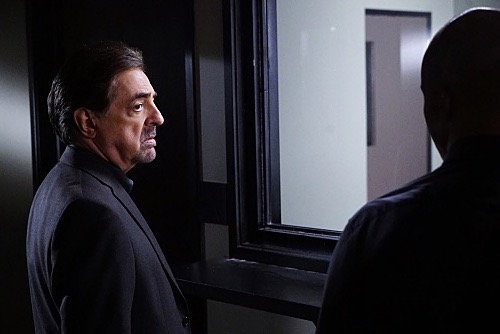 Tonight on CBS Criminal Minds starring Thomas Gibson and Shemar Moore continues with an all new Wednesday April 15, season 10 episode 20 called “A Place at the Table,” and we have your weekly recap below. On tonight’s episode, when a Maryland family is found murdered at their dining room table, the team tracks down other family members and friends to uncover secrets that may have led to it.

On the last episode, when a family of four was abducted while on vacation in Barbados, the BAU was called to assist Unit Chief Jack Garrett (Sinise) and his International Unit on their investigation. Garrett and his unit, the FBI’s top division for handling cases involving Americans abroad, worked jointly with Hotch and his team when they discovered that this case matches one the BAU investigated last year in Florida. Emmy Award winner Gary Sinise guest starred as International Unit Chief Jack Garrett; Emmy Award winner Anna Gunn guest starred as the International Unit’s law expert Lily Lambert; Daniel Henney guest starts as Special Ops Agent Matthew Simmons; and Tyler James Williams guests starred as International Unit tech guru Russ “Monty” Montgomery. Did you watch last week’s episode? If you missed it we have a full and detailed recap right here for you.

On tonight’s episode as per the CBS synopsis, “when a Maryland family is found murdered at their dining room table, the team tracks down other family members and friends to uncover secrets that may have led to it. Also, Hotch must try to make peace with his father-in-law, Roy, after discovering he’s been diagnosed with Alzheimer’s. Emmy Award and Golden Globe Award winner Edward Asner guest stars as Hotch’s father-in-law, Roy Brooks.”

It’s April yet someone appears to be in the holiday spirit. And not necessarily in a good way it seems because on tonight’s all new episode of “Criminal Minds”, the team is dealing with an UnSub that has a definite Christmas fetish.

Apparently the UnSub didn’t just stage his kills when he or she entered an unfortunate suburban home one day. They had also chose to arrange the family seated all around the dinner table with Christmas music playing in the background as well. So who is recreating the season of joy and turning it into a nightmare?

The boyfriend of one of the victims was found on the scene but Rossi had decided to trust his gut on that one and he doesn’t believe the boyfriend had anything to do with what happened. See although Ezra was covered in blood and found in an upstairs bedroom, Rossi surmised that it was most likely the reaction of a scared kid who thought maybe what happened would all go away. And sadly for Ezra that was just one more thing wrong in his life. So Rossi didn’t want to push it – at least not then.

The victims of the massacre were all part of one family but, according to more than one person, there were dysfunctional at best.

The father had something against his gay son and yet he also had a problem with his daughter’s boyfriend. With son, he wanted to deny his son Lance was gay and thought if he intervened between the young man and his boyfriend Ezra then that would be that. However with his daughter Jenna, he was obsessed with the idea that she would get pregnant. So much so he constantly warned her boyfriend Mark against impregnating her though the young couple weren’t even having sex yet. They actually wanted to hold off on such a big commitment.

Then, on top of that, the father was described by his children as being a temperamental tyrant. In fact the only survivor of the family – Dillon – had a few things to say about his dad after the feds finally caught up to him. Allegedly he was camping when his whole family met for a birthday celebration dinner but that doesn’t mean he’s without any opinion about what really happened.

Dillon has this view about his family that he swears no one else saw. He says his sister was a slut and that her boyfriend Mark was oddly trapped in a love triangle with her brother and Ezra. All of which Ezra denies. If anything Ezra swears that Mark was the man-whore.

According to Ezra, Mark had been cheating on his girlfriend and Lance had to threaten him in order to get the other guy to treat his sister better.

As for Lance was, he was being overprotective because he knew the penny was about to drop back at home. It looks like his parents were finally separating after years of in-fighting. And so Lance merely wanted to protect Jenna in the only way he could.

Plus he probably knew the parents’ separation was bound to be ugly. The BAU found out about the father’s affair with a woman by the name of Cora. Cora thankfully did not exhibit any of the strength to physically harm her lover’s family but she did lie when she was interviewed.

She said her son was two when she met Frank and then she messed up on her dates when she mentioned her son graduating. And, well, Reid can do math quicker than a calculator. Thus he realized her son must have been born during the affair if he graduated six years ago.

So the guys knew they were looking for a young man, who was possibly watching the family in order to surveillance them, and frankly the only person that matched the criteria was Mark. The same Mark that dated other women but refused to sleep with his girlfriend. And the same Mark Dillon accused of being gay because he noticed how much attention Mark was paying to his brother Lance.

Though a quick search conducted by Garcia told the BAU what they already knew. Mark was Frank’s son but he was never acknowledged. He was a secret love child and he was supposed to stay that way. His mother told him a sob story about his father dying in the Gulf War and when Mark found out the truth – after the money they had always received suddenly stopped – he felt like he needed to take his rightful place in life. And that was at the head of the table.

That’s why he arranged his family like he did. He placed all around the table and he left his father for last. He wanted the other man to see him and what he had done and then he killed him. And, afterwards, he was actually close to murdering his mother when the BAU arrived in time to stop him.

It seems he built up this whole illusion in his head. And he thought he was going to reunite Cora and Frank in the afterlife so that they could be the family he always wanted. But now and at least Cora and Dillon, for that matter, are free of him.

It’s sad but you can’t always pick your family. Especially for Hotch. When he wasn’t focused on this case then he was trying to help out his former father-in-law. Apparently the older man had Alzheimer’s and he was refusing treatment. So Hotch had to help. And that includes even when he didn’t want to.

He owed that to his son and to his late wife Haley.