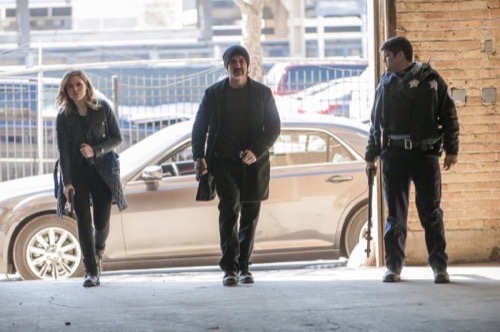 Tonight on CBS Criminal Minds starring Thomas Gibson and Shemar Moore continues with an all new Wednesday April 8, season 10 episode 19 called “Beyond Borders,” and we have your weekly recap below. On tonight’s episode, a family of four are abducted in Barbados while on vacation. The BAU is called to assist the International Unit. Their joint investigation reveals the case matches one the BAU investigated last year in Florida.

On the last episode, when the wife of an up-and-coming congressman disappeared, the BAU investigated his political enemies as possible suspects. Did you watch last week’s episode? If you missed it we have a full and detailed recap right here for you.

The BAU has been pulled into an international investigation on tonight’s brand new episode of “Criminal Minds” and it’s all because of their unusual Unsub. Typically, assailants tend to form some sort of pattern. In other words they can often be found sticking close to their hunting and/or dumping grounds. Sometimes Unsubs like to stay close to home to commit a crime and at other times they at least pick some place that hold some meaning to them.

Either way, they each have a distinctive pattern. However this latest UnSub’s pattern has proven he’s more dangerous than the rest. Because he’s willing to travel in order to commit a crime.

Not only does that lessen the chances of him getting caught but the fact he’s able to cross international waters on whim to commit such offences is frightening.

The UnSub doesn’t stop with one victim. He kidnaps whole families on vacation and he murders them in matter of days. His first victims were the Everetts in Aruba. After them he targeted the Isaacs in Florida.

Recently he kidnapped the Sullivans in Barbados and that’s what set off the manhunt.

The Sullivans had just arrived in the country and after an overnight flight and the UnSub pretended to be a shuttle. So the family hired him to take them to their hotel and because it was their first night overseas – they weren’t weary when their driver began to drive of course. Nor did they question his decision to offer them all water.

The water was drugged. And by time the family woke up, they had all been gagged and bound.

So, knowing the UnSub’s pattern, the bureau went into overdrive in their attempts to capture him before he kill four people. However they’re working with more than a time crunch. It seems they were dealing with an overly violent UnSub with an abusive father in his past and a victim that was known for being a fighter.

And that’s a problem!

With what he’s done already, a profile of the UnSub reveals he has authority issues. By killing the fathers last, he ensures they watch their families die before them and thus feel helpless. So having someone challenge his own authority by attempting to fight him and his plans is only going to exacerbate him.

Unfortunately, Mr. Sullivan did not know this when he attempted to fight the UnSub and give his family the chance to run a way. They got about as far to the side boat before the UnSub returned trotting a gun.

It seems that when he picked to hold them hostage on a boat – he knew it was going to work against his victims.

Apparently the UnSub’s name is Gerry Tidwell and he’s foreignor that likes to kill Americans. As it turns out, when he was younger, his father used to abuse him constantly but leave Gerry’s American stepmother and stepsiblings alone. Stemming from that, Gerry grew up hating fathers/ authority figures and most of all Americans. So when Gerry was challenged that pushed him into going ahead with his plans earlier than he would have.

Then, later when the mother began to cry, Gerry was getting frustrated by the sound so the Sullivans’ daughter Allison stood up to him in order to protect her mother. And while that would have cost her life, thankfully the BAU finally figured out everything they needed to know.

So in their usual fashion, they arrived in the nick of time to save Allison and her bother Nick who found that side boat and was safe inside it. And afterwards they returned the Sullivans to good ole U.S. soil.

But its doubtable the damage caused by Gerry will every go away.