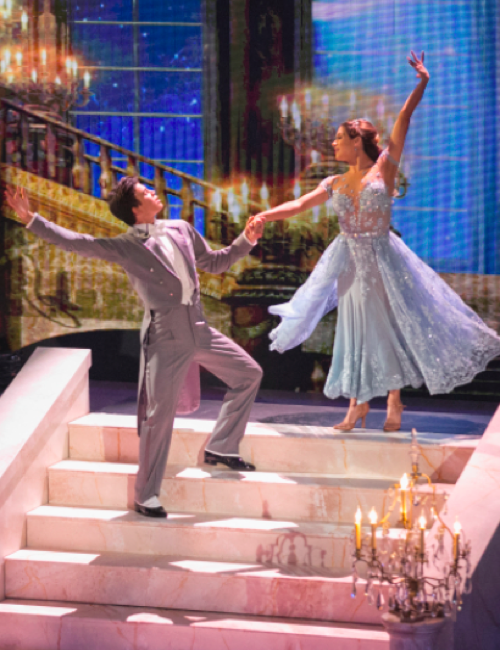 Dancing With The Stars 2015 spoilers tease that Week 7 of the ABC dance competition is “Halloween Night.” Of course, it won’t be all fun and games. After the final 8 celebs and their pro dance partners perform their Week 7 dances someone will be eliminated from DWTS based on their scores from Week 6 and America’s votes after their “Movie Night” performances. So, who will be eliminated from Dancing With The Stars this week? Here are CDL’s DWTS predictions.

The DWTS Week 6 leaderboard found three celebs tied for first place: Bindi Irwin, Andy Grammer and Tamar Braxton all scored 40 points. It’s safe to assume they won’t be in danger of being sent home from Dancing With The Stars tonight. Former Backstreet Boy Nick Carter and Carlos PenaVega came in at a close 4th and 5th with scores of 39 and 38. They will most likely not be in danger of being eliminated tonight either. That leaves the bottom three dancers: Hayes Grier, Alexa PenaVega, and America’s hero Alek Skarlatos.

Alexa has been up and down all season – it seems a little too early to count her out of the competition just yet. She doesn’t exactly have Mirror Ball Trophy winner written all over her performances, but the odds of her being voted off this early in the competition aren’t likely. Meanwhile, Hayes Grier and Alek Skarlatos’s lack of dance experience and over all Hollywood demeanors are starting to shine through. Alek’s dance skills might not be up to par – but he’s an international hero and war veteran, that alone will most likely get him more votes than 15-year-old internet celebrity Hayes Grier.

So far this season, Hayes Grier has been chugging along thanks to his legions of young and dedicated fans at home that have been voting for him. But, the problem with the majority of your fan base being in middle school is that they are rather fickle and have short attention spans. Probably a good portion of them have already lost interest in Dancing With The Stars and have returned to spending their Monday nights watching Pretty Little Liars re-runs and binging on Netflix. Hayes Grier is adorable, but “Halloween Night” will probably be his final performance of Season 21.

Who do you think will be voted off Dancing With The Stars during Week 7? Will it be Hayes Grier, Alek Skarlatos, or Alexa PenaVega? Share your predictions in the comments below!