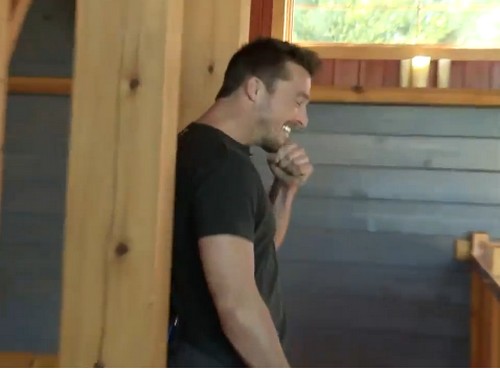 The Dancing With The Stars 2015 Season 20 premiere will be airing on March 16 on ABC, and it will introduce us to the twelve different couples and their introductory dance routines. According to reports, Chris Soules and Witney Carson will be leading the pack with a jive, with Rumer Willis and Val Chmerkovskiy following with the foxtrot. Then, we have Robert Herjavec and Kym Johnson, Noah Galloway and Sharna Burgess, Redfoo and Emma Slater, Michael Sam and Peta Murgatroyd, and Willow Shields and Mark Ballas all doing the cha cha cha. One of the reasons the Cha Cha Cha is so popular is because it’s one of the easier dances, and it’s definitely a good routine to start out the show with.

At the end of the day, Chris Soules and Witney Carson are getting all the publicity right now, mainly because Chris literally JUST wrapped up his stint on The Bachelor. Chris’ romance with Whitney Bischoff continues to make headlines, although we’ve seen enough by now to know that it’s another Bachelor showmance. True romance forged from reality TV is almost impossible to create, and we have seen that time and time again. Chris Soules may be one of the better-intentioned Bachelors, but that doesn’t mean that he’s a saint and that definitely doesn’t mean that he’s not a famewhore. He jumped at the chance to appear on Dancing with the Stars, which should say plenty about his priorities in life.

Plus, Chris Soules’ showmance with Whitney Bischoff will continue strong so long as both of them have something to gain from each other – whether that be fame, attention, or something else. But the minute all that goes away? Well, we can just add another tick to our Bachelor breakup box.