The Bachelor Chris Soules and Whitney Bischoff Move In Together For Career Reasons, Not Love or Marriage 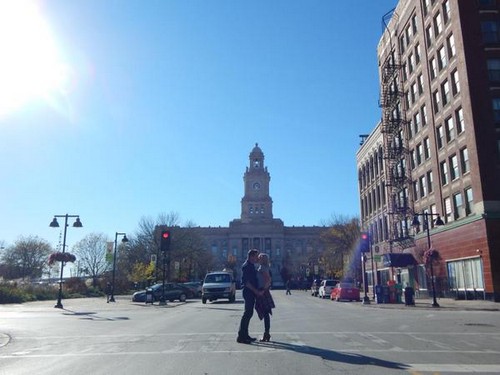 The Bachelor Chris Soules picked Whitney Bischoff as his fiance, to the surprise of absolutely nobody. However, now that Chris and Whitney are engaged after The Bachelor 2015 finale and rose ceremony, the question is – what next? Well the answer is that Chris and fiancee Whitney are not planning to get married since they are not in love – but they will move in together in California. Why, to pursue their goal which is to make as much money and garner as much fame as possible while riding the glow of The Bachelor 2015.

According to People Magazine, both Chris Soules and Whitney Bischoff are ready to start a ‘normal’ life, but only after Chris finishes his stint on Dancing with the Stars. In other words, they’re never going to make their way out of Los Angeles, since there’ll always be some other reality show around the corner.

The plan for now is that Chris and Whitney move in and live together in Los Angeles while Chris finishes his Dancing with the Stars gig. Whitney even told People, “I’m excited! One of the hardest things of all of this was being separated, so it will be nice to be together finally.”

And what about Whitney’s job as a budding fertility nurse? Whitney explains, “I’ve switched roles a little bit. It offers me a lot of flexibility so I can work from anywhere.”

The two are still clearly hesitant to discuss a possible move back to Arlington, Iowa, even though Chris made such a huge fuss about it on the show. Obviously, the two have gotten their first taste of fame, and they don’t want to let go. We’ve seen this happen with counts and counts of Bachelor alumni before these two, and I doubt they’ll be the last. Chris Soules and Whitney Bischoff will stay in Los Angeles for the next year, if not more than that – after Chris finishes Dancing With the Stars, he’ll land something that will force him to stay in LA, and Whitney along with him. And they might pretend as though they’re devastated about not moving to Iowa, but in the long run, they’ll be ecstatic about their shot at fame.