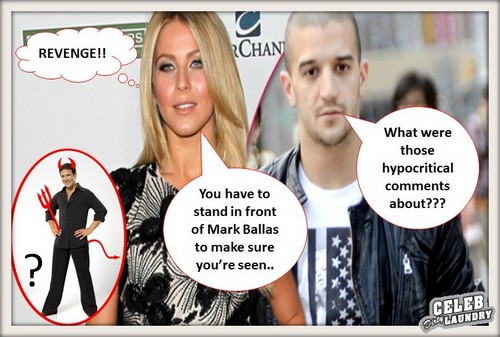 Dancing With The Stars has announced its Season 20 lineup of pros, just in time for its 10th anniversary. Most of the veteran pros – the ones that haven’t already left – will be making a return, including DWTS regulars Mark Ballas, Kym Johnson, Sharna Burgess, Witney Carson, Val Chmerkovskiy, Tony Dovolani, Artem Chigvintsev, Allison Holker, Peta Murgatroyd, and Emma Slater.

Witney Carson is the reigning champion, so short of a miracle, she was always coming back. Mark Ballas, Val Chmerkovskiy, and Peta Murgatroyd are legacies, and they were reportedly given a lot of money to make a return to the show. Initially, it was rumored that all three of the might be leaving, but it looks like they were convinced to stay – albeit, likely for just a few seasons longer.

Tony Dovolani, Peta Murgatroyd, and Mark Ballas have all also won a Mirror Ball trophy, but Val Chmerkovskiy and Emma Slater are two pros still waiting for their shot at the crown. Obviously, we are not seeing Derek Hough, Karina Smirnoff, or Cheryl Burke on the list, as all of them departed from the show for a variety of reasons. Derek Hough is taking a ‘break’ from Dancing with the Stars to star in a Radio City Music Hall show, Cheryl Burke will have her own variety show, and Karina Smirnoff announced that she was leaving right before the cast reveal on Good Morning America. She even released a small statement [via Instagram], saying, “After a lot of thought and prayer, I’ve decided to focus my energies on some other exciting endeavors including adding author to my resume.”

Dancing with the Stars Season 20 will premiere March 26th, with the competing celebrities being announced on February 24th. Considering that this is the 10th anniversary, expect a LOT of big-time celebrities to make the cut.

What do you guys think of the list of pros announced for Dancing with the Stars Season 20? Let us know your thoughts in the comments below.