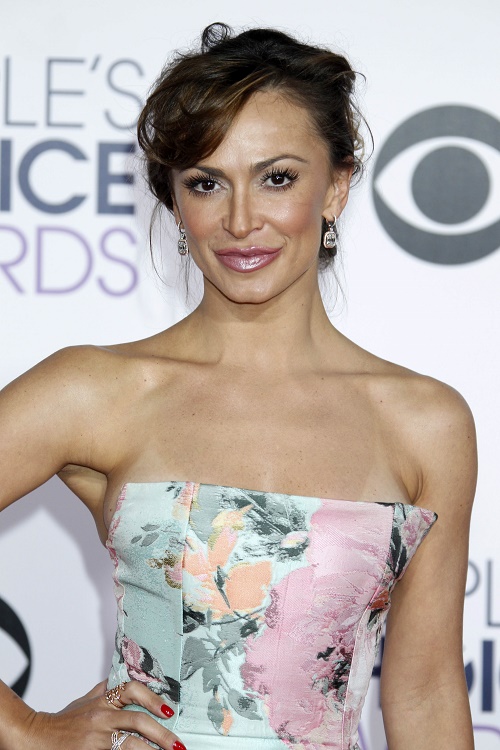 Maksim Chmerkovskiy, Derek Hough, and other big-name Dancing with the Stars regulars have been leaving the show in a mass exodus, and now another person joins the list of departing alumni. Karina Smirnoff – who is second only to Derek Hough in terms of name recognition – has just announced that she will not be returning to the show for its 20th season.

It’s interesting, especially because it’s technically Dancing with the Stars’ big tenth anniversary season, and you’d think that the network would convince its biggest stars to remain behind – even if it means ponying up some extra cash and increasing their salaries. But alas, it was not meant to be.

The problem specifically seems to be concerning contract renewal, since most of the dancers are coming up on their 20th season. Plus, the show requires such a 110% commitment – especially considering that the dancers usually rehearse 14 hours a day, 7 days a week. There’s no time for these people to do anything else, or focus on their personal lives or their careers. So when people like Karina Smirnoff and Derek Hough announce that they are quitting we can’t blame them. They have film career and music careers and dancing careers to get to, their name recognition isn’t going to get any better, and they have to take advantage of their fame before it fades away. And honestly, twenty seasons on one show – or even ten seasons, for that matter – is enough for most people.

Plus, Karina Smirnoff did get engaged, and she probably wants more time to spend with her fiance and possibly start a family. She can’t exactly do that when she’s practicing pirouettes in her free time.

What do you guys think about Karina Smirnoff quitting Dancing with the Stars right before its 20th season? Let us know your thoughts in the comments below.