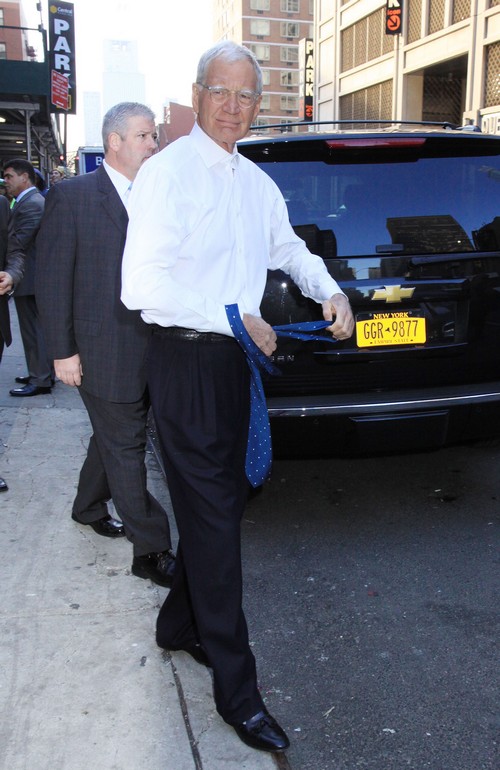 It is a sad day in the entertainment industry. The final episode of David Letterman’s final Late Show was Tuesday, May 20 2015. After 33 years in late night television, and 22 of those years as the host of CBS’ Late Show, Letterman is ready to retire.

David Letterman made his final entrance and as he sprinted across the background fans stood and cheered for the iconic late night talk show host.

While there were no tears from Letterman, the show definitely was a huge emotional event for the staff, and fans who were able to enjoy the final taping inside the Ed Sullivan Theater.

Before the taping began, Letterman said that this was “the most important show of my life.” CBS Corporation CEO Les Moonves even came onto the stage and thanked Letterman for his years of entertainment.

The entire show was a tribute to Letterman’s extensive career and included a ton of funny moments to keep the crowd laughing, not crying.

At one point, Letterman jokingly said of his retiring, that Todd the cue card man came up to him and said, “I can’t write the words any bigger,” and he knew that was the moment to retire and move on with his life.

Fans are not the only ones who will miss David Letterman, a bunch of celebrities also showed their support of the legend.

Conan O’Brien shared his support and said, “It’s absolutely absurd to thank David Letterman for all he’s done in a tweet. But that’s the world we live in now. #ThanksDave”

Joel McHale said, “Thank, thank, thank you Letterman for being my TV father. You started & are now ending an era.”

Even comedic legend Betty White shared her support on social media. “Tonight is Letterman’s final Late Show. We love each other so much. I will miss him so. But look out — I’ll find him! #ThanksDave”

Jennifer Lawrence posted a photo of herself looking quite said holding a handwritten note on Facebook that said, “Don’t do this. No one is sick of you. It’s all in your head.”

The list of celebrities that have wished David Letterman well really goes on and on, but can you blame them? For 33 years David Letterman has shaped the way late night television has been perceived. He was a pioneer and has influenced countless hosts.

After the show wrapped, Letterman’s staff was expected to gather for an after party. But after that, we really do not know what is next for Letterman. He has been very private his entire life, and it appears that he will continue to do so.

Executive producer Rob Burnett spoke with CNNMoney and said, “ I don’t think he knows [what’s next]. I know that he has a very active mind. He’s got a lot to say about a million things. I hope he finds a venue for that, for all of us.”

Until then, we wish David Letterman all the best and thank him for the countless years of entertainment. It will be exciting to see whether or not he takes a break completely from the world of media, or if he just finds a new avenue to explore. What do you think is next for the TV legend? Let us know in the comments below.