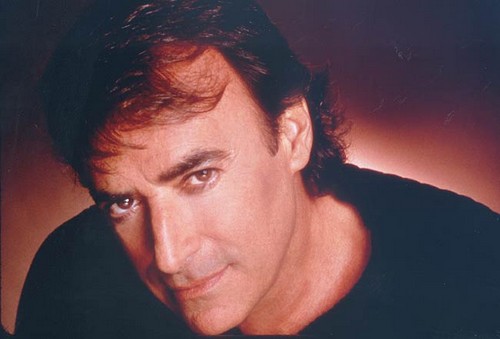 “Days of Our Lives” spoilers reveal that Andre (Thaao Penghlis) is about to bring big trouble to Salem. As if the town didn’t have enough mayhem, we’ll soon have one more DiMera to stir the pot. In an interview with TV Insider, Thaao Penghlis dished about his character’s long-awaited return and offered viewers a hint of what’s to come.

Stefano (Joseph Mascolo) will be stunned when Andre pops in and he’ll worry about what could happen if everyone discovers Andre is alive. Longtime “Days of Our Lives” fans know that Andre famously pulled the plug on his own life support to make it look like he was murdered by one of his adversaries. Andre’s rise from the dead will come with a soapy explanation. “The father is always behind it,” Penghlis noted. “The writers have really justified and explained this return well.”

Hmm…Andre’s father? Some of you loyal DOOL viewers are probably thinking something’s not right here. Didn’t Andre used to be Stefano’s nephew? That would be correct. However, the writers did a little story tweaking and decided Andre should be Stefano’s son instead. It sounds like Chad (Billy Flynn) will be shocked to learn he has another brother. “Well, it’s a surprise to Chad and it sets up a sort of Cain and Abel story,” said Penghlis. “Chad is more favored in Stefano’s eyes and may get something Andre won’t, so it’s really great drama.”

It seems Stefano will put Andre under house arrest until he can decide what to do with him. Of course, Andre is a DiMera and what do DiMeras do? They break the rules. Andre will go rogue and crash the memorial service of the third murder victim. Naturally, chaos will erupt. Since “Days” rumors say the next victim will be Will (Guy Wilson), this might lead to the 50th anniversary promo scene where Andre appears to be kidnapping Sami (Alison Sweeney).

As for Penghlis, he’s just thrilled to be back on set at “Days of Our Lives.” It feels like the whole cast is bonding through their enthusiasm for the show. That excitement is rubbing off on viewers as well. Penghlis said, “…I just thank my lucky stars! People say you can’t go home again, but that’s just not true. And there have been some great changes at ‘Days’.” Stick with DOOL for updates on all the fiendish fun Andre will bring to town.

So “Days” fans, what do you think about the news that Andre will return as Stefano’s son? Are you glad Andre will emerge as another villain in Salem? Voice your opinion in the comments below and don’t forget to check CDL often for the latest “Days of Our Lives” spoilers, rumors, updates and news.