‘Days of Our Lives’ (DOOL) Spoilers: Ben Dumps Murder Evidence, Is He the True Killer? Big Twists and More Murders Ahead! 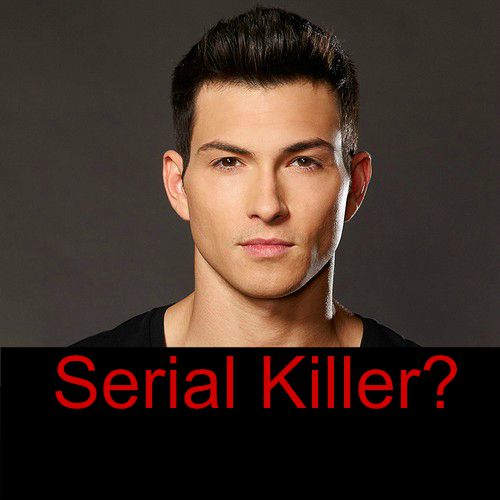 “Days of Our Lives” spoilers tease that Ben (Robert Scott Wilson) will have quite a mess on his hands. At the end of Thursday’s episode, Ben saw a news report that said Chad (Billy Flynn) was wanted for the murders of Serena (Melissa Archer) and Paige (True O’Brien) as well as the attack on Marlena (Deidre Hall). Ben pulled out a box he’d hidden under his bed that contained red neckties and a plastic baggie of flower petals. Then, Ben put all the evidence in a garbage bag and got rid of it down by the docks. While there are undoubtedly more twists ahead in DOOL’s murder mystery, Ben certainly looks like the guilty party at this point.

Ben has always had a hot temper, but it’s turned to complete rage over the last few months. “Days” viewers have watched Ben blow up every time he gets even an inkling of Abigail’s (Kate Mansi) feelings for Chad. Ben was at Club TBD the night Chad and Serena were sharing drinks. It seems likely that Ben saw his chance and took advantage of it. Ben probably knew Chad would look responsible and he thought framing him for murder would take his rival out of the picture. When it comes down to it, Ben is willing to do anything to keep Chad away from Abigail for good.

As for Paige, she was outside the club that night and Rafe (Galen Gering) had been questioning her. Right before Paige was killed, she called JJ (Casey Moss) and said she needed to tell him something. Could Paige have remembered seeing Ben nearby? Maybe Paige wanted to discuss the incident with JJ since his sister is apparently engaged to total psycho.

That’s the kind of thing you’d want to fill a person in on before a trip to the altar. Ben might’ve felt the need to silence Paige before she spilled details that could lead the cops to his door. Plus, this provided an opportunity to pin another murder on Chad. The tracking app on Abigail’s phone recently led Ben to the DiMera grounds, where he presumably picked the rare flower that was found beside Paige’s dead body.

Since Marlena has been putting Chad under hypnosis, Ben may have feared that she’d uncover the truth. Of course, we also have to consider the fact that Ben blew his top just minutes before Marlena was strangled. Ben was jealous and angry, which appears to be a deadly combination for him. “Days of Our Lives” spoilers say Ben’s wrath will continue. Based on DOOL’s 50th anniversary promo, Ben will beat Chad to a pulp pretty soon.

Nevertheless, this storyline is far from over. There will be plenty more reveals along the way. It’s worth mentioning that Clyde (James Read) was out of breath when he ran into Jennifer (Melissa Reeves). Clyde blamed it on powerwalking, but he wasn’t really dressed for any kind of physical activity. There’s a chance Clyde has had a hand in all this somewhere. Perhaps Clyde is the true killer and Ben’s just been doing the framing. Marlena also had a moment in her hospital room where she imagined the masked killer coming in. Suddenly, Marlena snapped out of it and Daniel (Shawn Christian) was standing there.

This might have been something they just threw in as a diversion before the Ben reveal at the end. Still, Dr. Dan did look awfully creepy lurking in the shadows with his devilish goatee. Could we see Daniel take a dark turn as well? Anything is possible. The rumors hint that we may see some copycat killers down the road. Stick with “Days of Our Lives” for updates on all the continued murder and mayhem in Salem.

So “Days” fans, what do you think about the news that Ben appears to be the serial killer? Do you believe he committed the murders or is he just setting Chad up? What twists do you think DOOL might have in store? Let us know what you think in the comments below and don’t forget to check CDL often for the latest “Days of Our Lives” spoilers, rumors, updates and news.