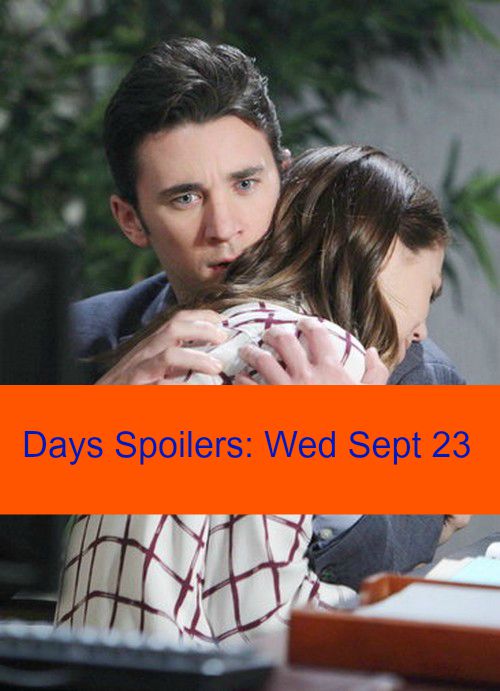 “Days of Our Lives” spoilers for Wednesday, September 23, tease that Rafe (Galen Gering) will try to process the news he just received from Eve (Kassie DePaiva) that Paige (True O’Brien) was his sister. Eduardo (A Martinez) has stirred up plenty of trouble since he showed up in Salem. Eve realized that Eduardo ditched Rafe just like Paige. Rafe was stunned to learn that Paige was his sister and he’ll undoubtedly want more details. It sounds like this revelation could give Rafe a little extra motivation to find the killer and put him or her away for good.

Meanwhile, Justin (Wally Kurth) and Adrienne (Judi Evans) will go on a date in an effort to repair their relationship. Unfortunately, it won’t be the magical evening they hoped for. Putting their marriage back together is going to be tougher than they thought. However, a looming health crisis for Adrienne could force them to bond. Stick with DOOL to see how Justin and Adrienne will cope.

Other “Days of Our Lives” spoilers reveal that Abigail (Kate Mansi) will find herself drawn to Chad (Billy Flynn) as she fights to get him out of his current jam. “Days” viewers know that Abigail promised Ben (Robert Scott Wilson) she’d steer clear of her ex, but that’s easier said than done. It seems Abigail just can’t stay away from her true love. Ben will spot the pair getting close and he’ll instantly go into “Hulk” mode. When Ben gets angry, anything can happen.

Finally, we’ll see the killer strike again. “Days of Our Lives” spoilers say the murderer will try to strangle Marlena (Deidre Hall). This attempt will ultimately fail, but it will cause some major fallout. Chad will save the day, but he’ll end up getting blamed for the whole thing. Can Chad find a way to prove his innocence when all the clues keep pointing in his direction? DOOL rumors hint that Chad will get off the hook eventually. Stay tuned to the NBC soap for updates on Chad’s struggle.

So “Days” fans, what do you think about Rafe learning he has another sister? Will Justin and Adrienne be able to work things out? What will Ben do once he learns Abigail is still lying to him? How will Chad be exonerated? Let us know what you think in the comments below and don’t forget to check CDL often for the latest “Days of Our Lives” spoilers, rumors, updates and news.