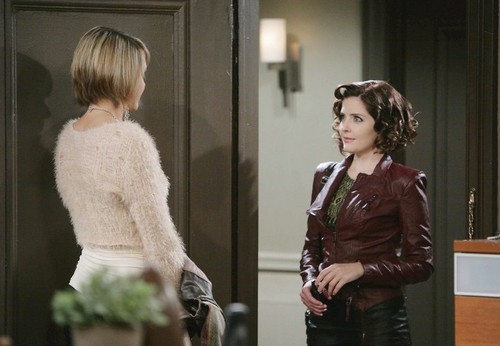 “Days of Our Lives” spoilers for Thursday, September 10, tease that we’ll finally learn more about Bo’s (Peter Reckell) captors and what they want. Bo is currently chained to a wall at an undisclosed location and he’s been dreaming that Hope (Kristian Alfonso) is in danger. DOOL viewers know that Bo’s intuition is correct. Hope just agreed to marry Aiden (Daniel Cosgrove), who’s been hired by Stefano (Joseph Mascolo). There’s nothing more dangerous than the DiMeras.

In fact, it seems likely that Stefano and possibly Andre (Thaao Penghlis) are the reason Bo is missing in the first place. Bo will be tortured for answers, but all he’ll be able to think about is returning to “Fancy Face.” Will Bo find a way to outsmart his captors and break free? Time will tell, but it sounds like Patch (Stephen Nichols) may need to give his pal a little help. Stay tuned to “Days of Our Lives” for updates on the hunt for Bo. 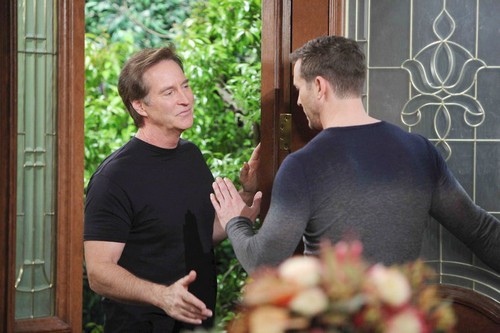 Meanwhile, John (Drake Hogestyn) is about to embark on a risky mission of his own. “Days” spoilers say John will announce his true motive for rejoining the ISA. John would like to know more about his history and the ISA has all the tools he needs to do it. However, the perks of using their new technology will come at a price. John’s safety is a big issue to consider. Brady (Eric Martsolf) and Marlena (Deidre Hall) will try to talk John out of this crazy idea, but a man’s gotta do what a man’s gotta do. John wants to uncover his past, even if it means risking his future.

Other “Days of Our Lives” spoilers reveal that Kate (Lauren Koslow) will approach Nicole (Arianne Zucker) with a business proposal. There’s a good chance Kate is hoping to be Nicole’s partner in buying Basic Black. Of course, Nicole will have some reservations about getting tangled up with Kate. We all know Kate isn’t exactly Salem’s most trustworthy citizen. Nevertheless, Nicole will probably take Kate’s offer into consideration. Nicole desperately wants to own this company and that might mean making sacrifices. DOOL rumors hint that Nicole may end up reaching an agreement with both Kate and Theresa (Jen Lilley). Stick with the NBC soap to see if Basic Black will soon have several sassy owners.

So “Days” fans, what do you think about the news that Bo is sensing the danger surrounding Hope? What about John’s attempt to dig into his past? Do you want to know more about John’s backstory? Will Nicole eventually make a deal with Kate and Theresa? Let us know what you think in the comments below and don’t forget to check CDL often for the latest “Days of Our Lives” spoilers, rumors, updates and news.