Days Of Our Lives Spoilers: Peter Reckell and Stephen Nichols Both Returning to DOOL as Bo Brady and Steve Johnson! 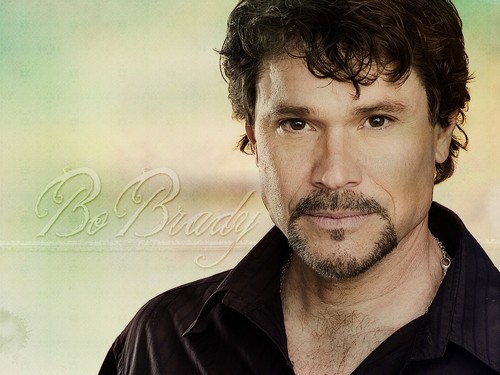 “Days Of Our Lives” spoilers and coming and going news reveal that Peter Reckell and Stephen Nichols are both returning to the NBC soap. According to all new spoilers from Soap Opera Digest, “The NBC soap will turn 50 on November 8, but look for the actors to pop up on screen well before then.” DOOL’s producer Ken Orday dished to the soap magazine on the major casting news, “Stephen Nichols and Peter Reckell have signed deals to come back for the 50th anniversary. They represent two of the most popular characters in the history of the show.”

Peter Reckell played the part of Bo Brady on “Days of Our Lives” for over a decade until he exited in 2012. Reckell created a lot of controversy on social media and openly bashed the storylines and the direction they were taking his character. In 2014, Reckell announced on Twitter that he was in talks to return to the NBC soap, stirring up rumors that Bo Brady was headed back to Salem; however, the rumors never came to fruition until now. The other half of Bo Brady’s supercouple Hope Brady recently decided to divorce her husband Bo while he was away and began moving on and dating Aiden – it will be interesting to see how Bo’s return affects the Salem police officer.

“Days of Our Lives” spoilers also tease that Stephen Nichols will be returning as Steve ‘Patch’ Johnson, the last time Finch was spotted in Salem was in 2009 before he left town with Kayla Brady. Kayla returned later and stated that she loved Steve, but did not want to be with him and he had returned to working for the ISA. Kayla and Steve were also considered a “Days of Our Lives” supercouple, and just like Hope, Kayla has since moved on as well.

So DOOL fans, what do you think of the exciting casting news? Will Hope and Bo Brady get back together when Peter Reckell returns? What about Kayla and Steve? Do you think the two characters will be back on the NBC soap permanently? Let us know what you think in the comments below and don’t forget to check CDL tomorrow for more “Days of Our Lives” spoilers and news.