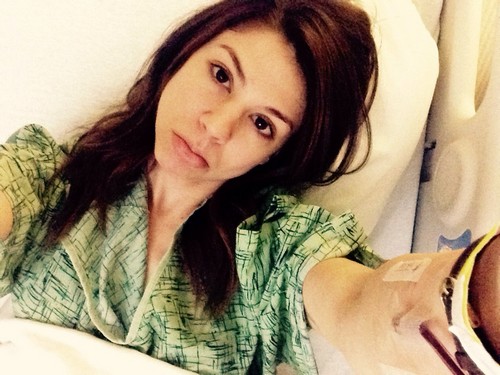 The latest “Days of Our Lives” spoilers hint that there could soon be a shooting schedule shakeup on DOOL. Kate Mansi, who plays Abigail Deveraux on the NBC soap, was recently rushed into emergency surgery. Mansi didn’t disclose what the surgery was for, but she did say that procedure was minor. Unfortunately, Mansi had to cancel a scheduled performance of a play she was set to be a part of called “If All the Sky Were Paper.” Mansi apologized to everyone who bought tickets and thanked fans for their support on Twitter. “Thanks for all the well wishes,” Mansi tweeted. She added that her fans’ words of encouragement were “the silver lining” of the situation.

One of Kate Mansi’s “Days of Our Lives” costars also showed her some love throughout the ordeal. Mansi later tweeted a picture of Melissa Reeves, who plays Jennifer Horton on “Days,” holding a handful of magazines for her recovering TV “daughter.” Since March 14 also happened to be Melissa Reeves’ birthday, Mansi said that Reeves was “the ONLY birthday girl I know that’s selfless.” Previous tweets and pictures Kate Mansi has shared seem to indicate that the onscreen mother/daughter duo is just as close in real life.

It’s not clear how much time Mansi will need to recover, but it likely won’t be too long. Mansi tweeted that she was going to “be back in action in no time hopefully.” If Mansi does require a little down time, “Days” producers could probably shift the storylines a bit to allow for her absence. “The Bold and the Beautiful” recently had to do a similar shakeup when Linsey Godfrey, who plays Caroline, was struck by a car and required surgery for her injuries.

“Days of Our Lives” tapes several months ahead so it would be quite some time before DOOL viewers would see less airtime for Abigail. The rumors say Abigail will soon be featured in a major storyline involving Chad (Billy Flynn) so it’ll be interesting to see how this plays out. We’ll let you know if there are any updates on Kate Mansi’s condition and we wish her a speedy recovery.

So “Days” fans, what do you think about the news that Kate Mansi underwent emergency surgery? Are you hopeful Mansi won’t be off DOOL for an extended period of time? Is Abigail one of your favorite characters? Let us know what you think in the comments below and don’t forget to check CDL tomorrow for the latest “Days of Our Lives” spoilers, rumors, updates and news. 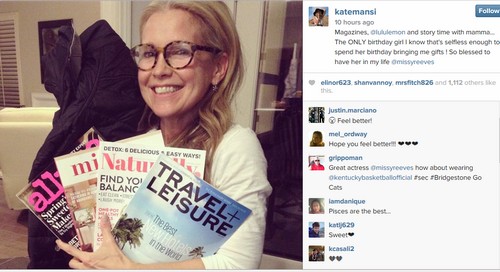