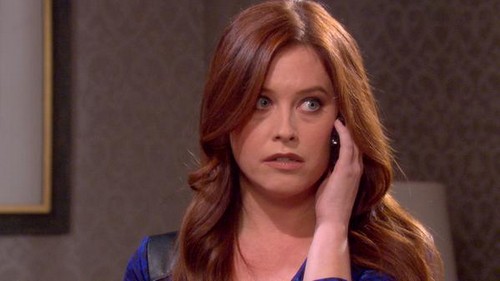 “Days of Our Lives” spoilers hint that there are a lot of exciting storylines ahead on DOOL. Unfortunately for Melissa Archer, she won’t be a part of any of them. Rumors have been swirling that Archer would get fired and we now have official confirmation. According to Soap Opera Digest, Melissa Archer, who plays Serena Mason, is out at “Days of Our Lives.” If you’re worried about the conclusion of the infamous elephant story (which we know you aren’t), it seems Serena will get the chance to finish up the lackluster plot. Archer has already filmed her last episodes, but her scenes will continue to air over the next five months.

Melissa Archer came to “Days of Our Lives” with solid soap experience. The actress spent many years portraying Natalie Buchanan on “One Life to Live.” However, success on one soap doesn’t guarantee success on another. The character of Serena bombed with most fans from day one. To be fair, most of the blame lies on that pesky elephant statue. The secret of why Serena so desperately wanted to swap her statue for Eric’s (Greg Vaughan) took far too long to play out. Archer was never really given the chance to do much more than discuss the statue and carry it around. That’s not exactly a riveting role.

Chrishell Stause, who recently exited the part of Jordan, was also a soap vet who was forced to work with widely-panned storyline. Perhaps the new “Days” writers, Dena Higley and Josh Griffith, will find a better way to integrate the characters they decide to add.

Ultimately, Serena never connected with viewers and now Melissa Archer will have to move on to other projects. On the bright side, it looks like DOOL will soon wrap up the elephant fiasco. Stick with CDL for updates on any other big changes going on at the NBC soap.

So “Days” fans, what do you think news that Melissa Archer is out? Do you think the character ever had potential or was it a lost cause? Could Melissa Archer have been successful on DOOL if she’d been given better material? Let us know what you think in the comments below and don’t forget to check CDL often for the latest “Days of Our Lives” spoilers, rumors, updates and news.