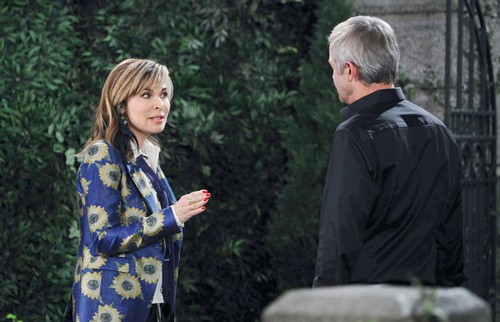 “Days of Our Lives” spoilers for Tuesday, September 1, reveal that John (Drake Hogestyn) will decide he needs to show Marlena (Deidre Hall) just how much she means to him. John is struggling to balance his need for a fulfilling career with his desire for a life with Marlena. Nevertheless, John is determined to prove that “Doc” is what he truly wants to focus on. DOOL spoilers tease that John will plan a romantic evening that includes plenty of reminiscing. It looks like some flashbacks could be in our future.

Meanwhile, Jennifer (Melissa Reeves) and Eve (Kassie DePaiva) will get into another major brawl. When the press ran the story about JJ (Casey Moss) and Jennifer being Salem’s newest drug lords, Jen’s mind undoubtedly went straight to Eve. Anytime there’s a vicious lie spreading about Jennifer and her brood, Eve is likely behind it. “Days” spoilers say Jennifer will confront Eve about her involvement in this fiasco and their verbal spat will turn physical. It seems Jen and Eve’s rivalry is just never going to end. 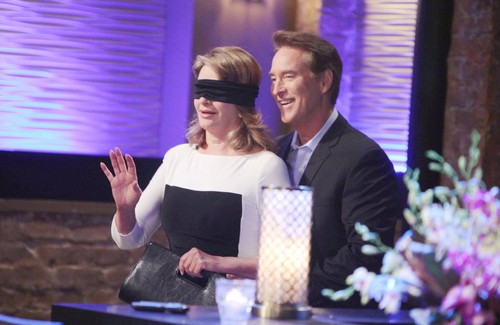 Across town, JJ will attempt to clean up the other half of Eve’s mess. “Days of Our Lives” spoilers indicate that JJ will try to show Kyle (Michael Cardelle) how committed he is to working with him. Unfortunately, things may not go according to plan. By Wednesday, JJ will have a little chat with Clyde (James Read) and that can’t be good news.

Other DOOL spoilers say Nicole (Arianne Zucker) will finally decide what her next career move should be. However, it appears Kate (Lauren Koslow) and Theresa (Jen Lilley) may have a similar idea. We don’t know for sure what Salem’s sneakiest women will be up to, but it sounds like a cutthroat business battle is brewing. The rumors hint that this might involve John’s decision to take a step back from Basic Black. Will Nicole, Kate and Theresa fight over the company? Stick with “Days of Our Lives” to see if the best woman will win.

So “Days” fans, what do you think about the romance heating up for John and Marlena? Will Eve deny that she had anything to do with the ugly rumor about JJ and Jennifer? Will JJ fail his loyalty test and force Kyle to give some updates to Clyde? Are Theresa, Kate and Nicole interested in taking on a role at Basic Black? Let us know what you think in the comments below and don’t forget to check CDL often for the latest “Days of Our Lives” spoilers, rumors, updates and news.