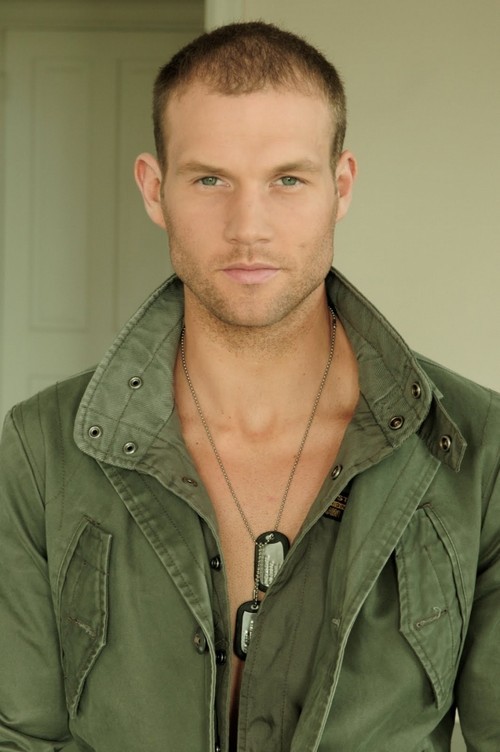 “Days of Our Lives” spoilers and coming and going news reveal that there will be another new face arriving in Salem during January 2015. Spoilers confirm that there will be a new character named Clint arriving in Salem on January 16, and he will be played by actor Lucas Kerr. A casting call for the role of Clint went out in 2014 and teased that the role would be a “gorgeous, edgy, and rugged male.” Lucas Kerr is relatively new to the acting scene, in 2008 he appeared in four episodes as a male model at Forrester Creations, and also has a few credits in Rizzoli & Isles, CSI, and VH1’s Single Ladies. There is no news yet on whether Clint will just be passing through for a brief arc, or if he will be taking up residency in the less than sleepy town of Salem.

“Days of Our Lives” spoilers and news in the latest edition of Soap Opera Digest tease that Kerr’s new character Clint will “catch the eye of Theresa Donovan.” Currently Theresa Donovan is single and ready to mingle after her break-up with Brady Black, and getting shot down by newbie Paul Norita, because she clearly wasn’t his cup of tea. Theresa could definitely use a new love interest on the NBC soap, but Clint might be more than just Salem’s newest eligible bachelor.

“Days of Our Lives” spoilers teased that in January 2015 Kristen DiMera would send a “goon” to Salem to keep an eye on Theresa Donovan and make sure she wasn’t canoodling with Brady Black anymore. Clint might actually be the “goon” that is hired by Kristen DiMera – and is spying on Theresa Donovan. Maybe he takes his job way too seriously and decides the best way to make sure Theresa isn’t hooking up with Brady is to hook up with her himself.

So Days fans, are you familiar with Lucas Kerr? Do you think he will make a good addition to the “Days of Our Lives” cast? Is he the goon that Kristen DiMera hired to keep an eye on Theresa Donovan and Brady Black? Let us know what you think in the comments below and don’t forget to check CDL tomorrow for more “Days of Our Lives” spoilers and news.