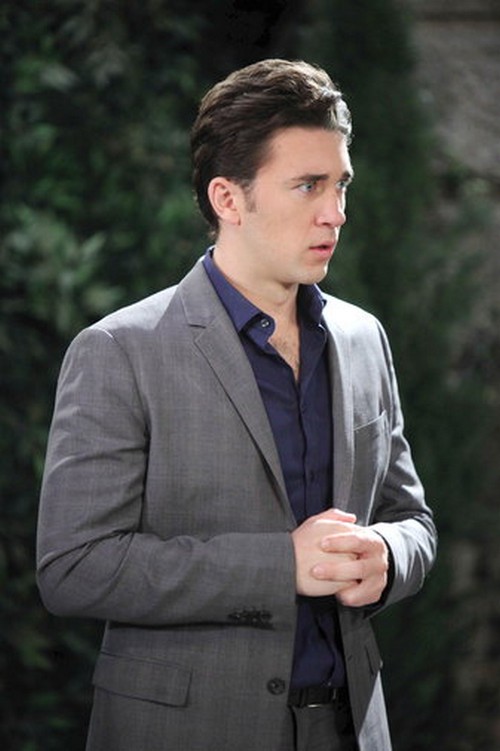 “Days of Our Lives” spoilers reveal that Eve (Kassie DePaiva) has many dark days ahead of her. Eve’s been having a tough time coping with Paige’s (True O’Brien) murder and things will only get worse from here. DOOL spoilers say Paige’s funeral will take a toll on Eve. However, the service could help give Eve some closure. Eve will never fully recover from the loss, but maybe she can move on with her life in spite of the pain.

Meanwhile, Eduardo (A Martinez) will deal with grief in his own way. Paige’s death undoubtedly has this absentee father thinking about what he missed out on with all of his kids. Eduardo would like to reconnect with Rafe (Galen Gering) and Gabi (Camila Banus), but that reconciliation will have to wait. Rafe made it perfectly clear that Eddie needed to back off and butt out. Eduardo didn’t stick around when his children were growing up and Rafe feels there’s no need for him to stick around now.

Fortunately, Eduardo will have another project to keep him busy while he waits on the Hernandez clan to come around. “Days” spoilers tease that Eduardo will do his best to get justice for Paige. Much like the rest of Salem, Eddie will believe that Chad (Billy Flynn) is responsible for Paige’s murder and he’ll want to help the cops nail their suspect. Chad’s about to make a run for it and Eddie will take drastic action to aid the police in their investigation. 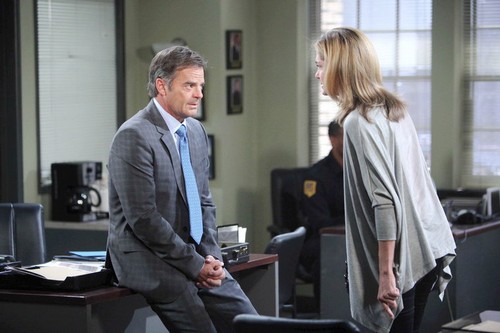 DOOL viewers know that Chad isn’t to blame for the killings, but he’s having trouble proving it. The deck is really stacked against Chad in this case. Still, there might be a way out of this mess. “Days of Our Lives” spoilers indicate that Chad will realize he might have an alibi for at least one of the murders. Marlena’s (Deidre Hall) hypnosis is finally starting to jog Chad’s memory. The rumors hint that Chad will try to track down the hobo he remembered having a fight with down by the docks.

Perhaps the drifter will be able to vouch for Chad’s whereabouts and tell the cops a little more about what was going on the night Serena (Melissa Archer) was killed. The word of a possibly drunken hobo may not mean much to the Salem PD, but it’s all Chad can hope for at the moment. Stay tuned to “Days of Our Lives” for updates on Chad’s attempt to clear his own name.

So “Days” fans, what do you think about the news that Eve will struggle to make it through Paige’s funeral? Will Eduardo be able to locate Chad after he goes on the run? Will the hobo back up Chad’s story or will it be a dead end? Let us know what you think in the comments below and don’t forget to check CDL often for the latest “Days of Our Lives” spoilers, rumors, updates and news.