Days of Our Lives (DOOL) Spoilers: Is Rafe’s New Love Interest Lani – Returns to Hope Once Aiden and Bo Killed? 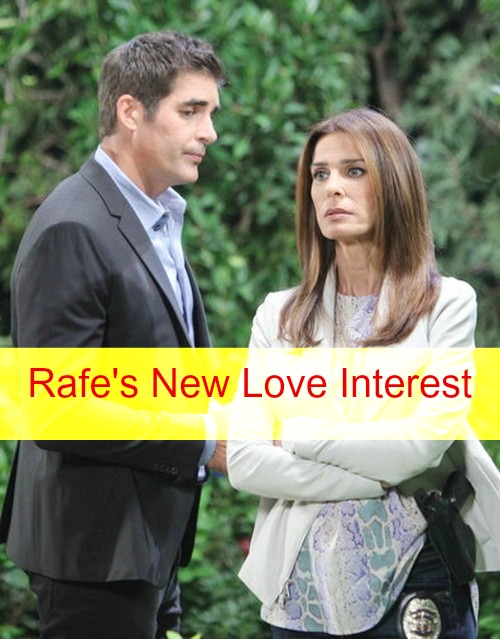 “Days of Our Lives” spoilers tease that Rafe (Galen Gering) will decide it’s best to let go of his feelings for Hope (Kristian Alfonso). Rafe has really started to fall for Hope lately, but he knows it’s a lost cause. Hope is getting married and she’s looking forward to a life with Aiden (Daniel Cosgrove). With that in mind, Rafe will turn to another crush to take his mind off the woman he truly wants.

We don’t know for sure who Rafe will have in mind, but there’s a good chance he’ll make his move with Lani (Sal Stowers). Rafe has taken Lani under his wing since she joined the Salem Police Department. They haven’t exactly flirted in their scenes, but they’ve come pretty darn close. There’s definitely chemistry between them. Plus, DOOL rumors hint that Sal Stowers tested with Galen Gering as part of her audition. That seems like solid evidence that they were planning on putting them together.

Still, “Days of Our Lives” writers probably won’t just throw away the idea of a Rafe and Hope pairing entirely. They’ve been laying some nice groundwork that will likely be visited down the road. We know from this week’s “Days” promo that Aiden doesn’t plan on being a doting husband. Since Aiden intends on killing Hope for her money, their relationship is obviously destined for failure.

In all likelihood, Aiden will be dead by the end of all this and Hope will be a free woman. Of course, we can’t forget about Bo (Peter Reckell). Hope’s soulmate will soon be on his way back to Salem. Perhaps Bo and Hope will find a way to reconnect. Once they’ve worked through the reasons for Bo’s absence, they could pick up right where they left off.

Unfortunately, time may not be on their side. Peter Reckell won’t be sticking around indefinitely. When Reckell’s stint is finished, DOOL rumors say Bo will be killed off. With both Aiden and Bo out of the picture, Rafe could slide right in. However, Rafe could already have something good going with Lani by then. Maybe we’ll see a love triangle heat up.

We shouldn’t get ahead of ourselves though. Hope will have a lot of grieving to do before she can even think about getting in another relationship. After Hope’s had an acceptable mourning period, her friendship with Rafe could blossom into love. Stay tuned to “Days of Our Lives” for updates on Hope’s uncertain future.

So “Days” fans, what do you think about the news that Rafe will have his eye on someone else? Will Rafe ask Lani out on a date? Would that pairing work for you? Will Rafe dump Lani when Hope becomes available? Let us know what you think in the comments below and don’t forget to check CDL often for the latest “Days of Our Lives” spoilers, rumors, updates and news.