Demi Moore Pressuring Sean Friday To Get Married: 27-Year-Old Boyfriend Wants A Younger Girlfriend Who Can Have His Babies! 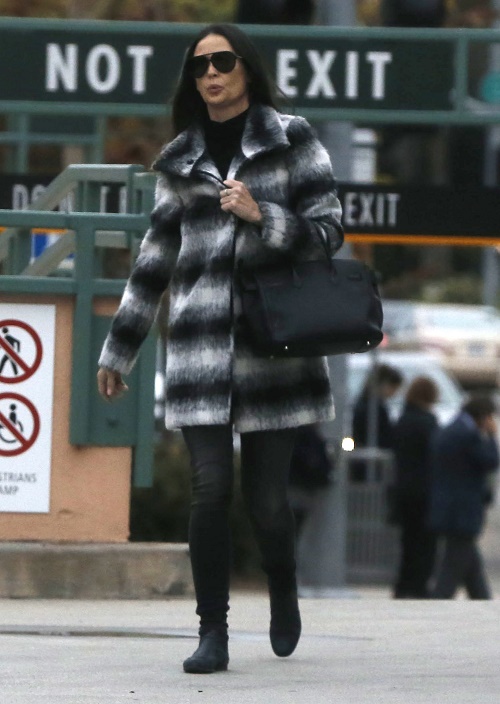 Demi Moore’s allegedly pressuring new boyfriend Sean Friday into getting married, something he’s not eager to do, as he’s looking to start a family in the future and isn’t certain if much-older Demi can provide him that. Demi Moore is officially unlucky in love. After her disastrous and embarrassing break-up from Ashton Kutcher, Demi moved on her daughter’s friend, Season Friday – the 27-year-old drummer of the band Dead Sara.

Obviously, the fact that 52-year-old Demi was hooking up with someone younger than her daughter caused a few heads to turn; however, she and Sean astonished skeptics by sticking together for the past 20 months. However, according to new reports, that is all about to change and she could be headed towards another messy break-up, because Demi wants to get married – and Sean doesn’t!

The February 2nd edition of OK! Magazine reveals that Sean Friday has no intention of “putting a ring on it” because he wants to have a family and children of his own some day – and he doesn’t think his 52-year-old girlfriend will be able to deliver those things. According to OK! Magazine, “Sean was overheard telling a friend on the phone that he, ‘really loves Demi, but he wants a family and doesn’t know if she can give him that.’ If Demi knew she would be heartbroken.” The magazine’s snitch goes on to reveal that, over the holidays, one of her daughters put Sean on the spot and asked him if he was going to marry her mother – and the rocker got really embarrassed and left the room without answering.

If Demi Moore and Sean Friday break up tomorrow, well, they would have already far exceeded everyone’s expectations of their relationship. With that being said, can you really blame Sean Friday for wanting a family of his own and not just step-daughters that are his own age? Granted, he and Demi could adopt children – but still she is over 50 years old. Do you think that the Demi Moore & Sean Friday relationship is doomed? Will Demi have another meltdown if Sean leaves her for a younger woman that will have his babies – just like Ashton did? Let us know what you think in the comments below!