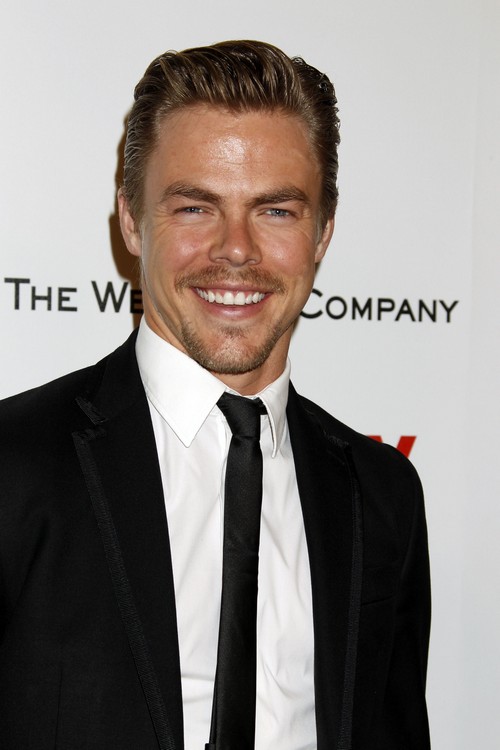 Derek Hough has announced that he is leaving ABC’s hit dancing competition “Dancing With The Stars”. Can you believe that? First we lost the hotness that was Maksim Chmerkovskiy and all of his shirtless action. Now, we’re losing even more eye candy. This isn’t fair, people. Someone needs to get on this mess and fix it as soon as possible or the show is going to be missing out on a huge female demographic.

Derek released a statement earlier today, telling the world that he is moving on to bigger and better things. This could either mean two different things. One, the show is officially jumping the shark because he’s their most successful professional dancer – or ‘the powers that be’ in charge of shelling out the dough to retain his sexy self. Either way, it’s a loss for the show and for viewers. BOO!

He said in his statement, “I am ecstatic that I’ll be able to extend my passion for performing to the Great Stage of Radio City Music Hall in New York Spring Spectacular. Performing at Radio City Music Hall in a show that celebrates everything that is beloved about New York City is a dream. I can’t wait to show fans this production…it’s going to be like nothing they’ve seen me in before.“

So it sounds like he’s basically going to retain his shirt for most of this performance at Radio City Music Hall. Should we get a petition started to keep him on “Dancing With The Stars”? Seriously, this is something that we should all consider – or otherwise we’re going to need to drag Maksim back and make him dance on the show again.

What else is a girl to do? Is anyone interested in seeing Derek Hough branch off into other stuff that doesn’t involve shaking what the good lord gave him or removing his shirt to reveal his glistening six pack? If you’ve answered yes to that, then it’s clear that we will never be friends.