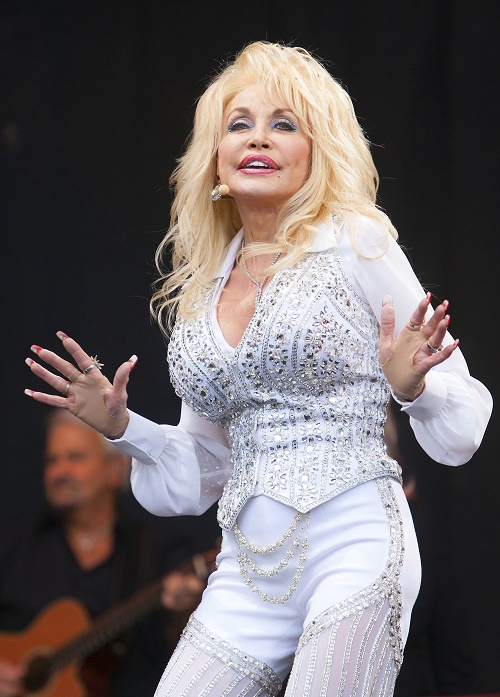 Country singer Dolly Parton could be getting a divorce from her husband Carl Dean – as a 50th wedding anniversary gift. Dolly Parton and Carl Dean have been dubbed one of the strangest celebrity marriages of all time – there were times it was even speculated that Carl Dean had passed away years ago, and the media was none the wiser. Since the couple’s marriage in 1966, there are literally less than 20 photos of Dolly and her husband ever taken together. According to the latest edition of GLOBE Magazine, Dolly and Carl got in a huge fight over their 50th wedding anniversary party – and it has caused a major schism in their marriage.

The April 13th edition of GLOBE Magazine reveals, “Dolly was planning a major celebration for her golden wedding anniversary next year, but Carl shattered those dreams because he doesn’t want all of the commotion.” An inside source close to the couple dished to GLOBE, “Dolly and Carl never do anything big together – throw parties or anything like that. But, she was hoping that he would get caught up in the excitement of marking 50 years together. She even offered to do it all at their estate in Brentwood so Carl didn’t even have to leave home. But, he is dead set against it and it is a real kick in the teeth for Dolly. It’s like he has dumped her and left her at the altar. It has put a wedge in their marriage and left them both bitter.”

You would think that after 50 years of Dolly Parton’s hubby Carl hiding in the shadows and barely leaving their home – she would have known better than to try and bombard him with a huge party. Do you think that Dolly should just accept the way Carl Dean is? Or should he quit being so stubborn and support Dolly for their 50th anniversary and attend the party? Could the couple’s fight over their anniversary party actually lead to a divorce? Let us know what you think in the comments below!