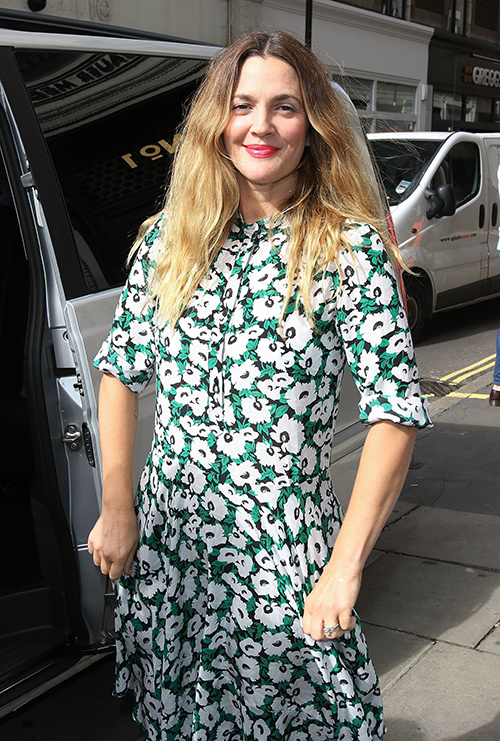 Drew Barrymore and her art dealer hubby, Will Kopelman, are reportedly calling it quits. Drew and Will have been married for three years now and have two daughters together, Olive and Frankie.

An anonymous source told OK! magazine recently that despite all their efforts, Drew and Will have decided to end their marriage of three years because they just can’t make their relationship work. The source basically said that Barrymore and Kopelman’s relationship was rushed and that they never really were in love. That’s why the couple can’t seem to keep it together.

Despite having known each other for years, Drew Barrymore and Will Kopelman didn’t begin dating until 2012. Drew got pregnant within the first year of their relationship and the Hollywood couple had themselves a shotgun wedding.

The source said that Drew and Will have been trying to keep their marriage together for the sake of their kids. It’s true that Barrymore has always wanted to create a stable family for her kids because she didn’t have that herself growing up. The OK! report claimed that Drew is still up and down mentally. The report claims that Will hadn’t seen the other side of Drew until after they were married, despite the fact that they had been friends before they started dating.

In a recent InStyle interview, Drew talked about her relationship with Will. Barrymore said, “’Will struck a lot of my pragmatic sides. He was someone who was always reachable on the phone, someone who was a classy human being,” Drew said, “Someone who has this incredible blueprint of a family that I don’t have.”

That doesn’t sound like Drew wants a divorce. It does sound like she knows that she’s got a few screws loose and her hubby is getting tired of the teeter totter. From the looks of it, if anyone is calling off their marriage, it’s Will Kopelman. Don’t be surprised if that really is the case either. According to reports, Will is worth about $10 million. Drew Barrymore is worth an eye popping $140 million. If Will Kopelman files for divorce from Drew Barrymore and then asks for spousal or child support, he could be looking at a big chunk of change.