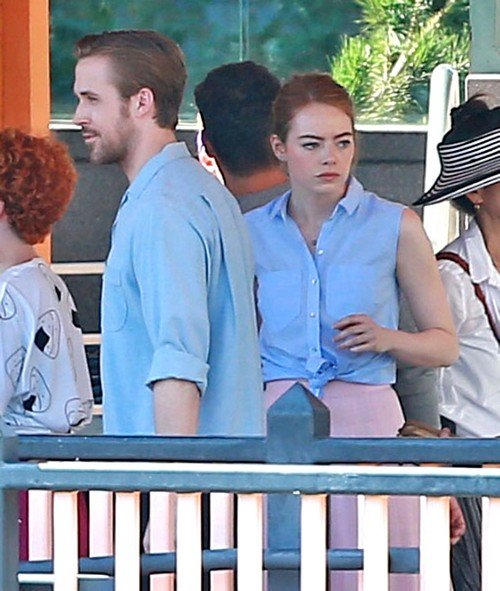 Then, Emma and Andrew broke off their engagement and Mendes was allegedly threatening to leave Gosling. This relationship mess recently became more complicated.

Unnamed insiders reported that Ryan and Eva decided to give things one more try and want to give Esmeralda a baby brother or sister. Did Andrew Garfield get wind of the Ryan Gosling and Eva Mendes reunion?

The actor is trying everything possible to woo Emma Stone back sources told Radar Online. There was speculation about why Garfield and Stone called off their engagement.

Does Garfield want Stone back? Friends say reconciliation is possible. “[Emma’s] softening against [Andrew’s] charm onslaught because she’d rather be with him and unhappy than alone. It’s a strange co-dependent relationship,” the insider revealed.

Allegedly, friends are trying to talk the former couple out of getting back together because those close to Andrew and Emma feel that a reunion is doomed to fail. Is Emma Stone considering reuniting with Andrew Garfield because Ryan Gosling and Eva Mendes are back together?

Insiders say Andrew cannot let go of Emma. And with gossip that the alleged relationship with “La La Land” co-star Gosling is over Stone just may go running back to Garfield’s open arms.

Let us know what you think in the comments section below and come back to CDL for all the latest celebrity news and gossip!