Future Hints Ciara Has Been Cheating on Russell WIlson: Responds to Engagement News 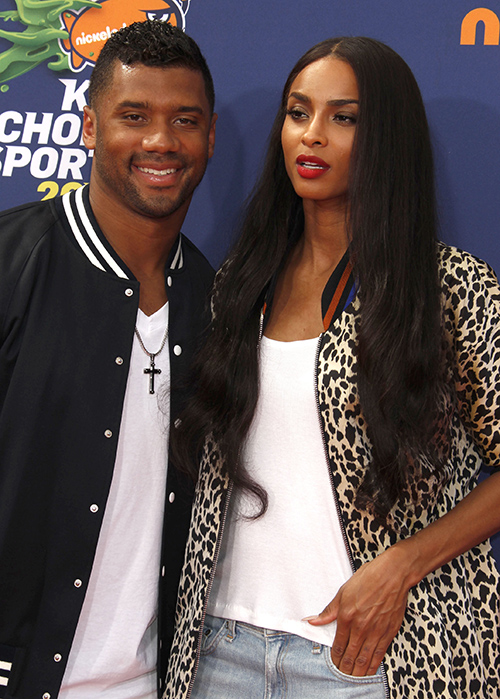 Future is really angry about news that Ciara and Russell Wilson are planning to tie the knot and now he’s accusing his Body Party singing baby mama of sneaking back to cheat with him while staying celibate with Wilson.

It’s been pretty clear throughout Ciara’s relationship with the Seattle Seahawks quarterback that her baby daddy has been pretty upset that she moved on. The Turn On The Lights rapper has been trolling his baby mama’s new relationship so hard that many fans are starting to think the Atlanta hip hopper is just bitter after losing his former fiancee.

A most recent meme has been shared that depicts Russell Wilson penning a confused letter to his sexless lover where he says, “Dear Ciara, Season is going well. The guys put a pair of Gucci flip flops in my locker…I don’t get it.” Apparently, Future thought the joke was hilarious and hit the like button, setting off even more rumors.

The Instagram meme is referencing a line from Future’s song Thought It Was a Drought where he raps ‘I just f*** your b**** in some Gucci flip flops.’ According to Straight From The A, Future didn’t post the meme himself. When it was directed at his social media, the rapper was quick to hit the like button.

Ever since Russell and Ciara made their relationship public, Future has been throwing non-stop shade at the supposedly celibate celebrity power couple. When it was announced that Russell and his Dance Like We’re Making Love singer girlfriend would be abstaining as they wait for marriage to do the deed, Future made it clear there was no waiting involved for him.

Now it looks like the bitter baby daddy is trying to make it sound like he and Ciara never stopped hooking up. The newest insult from Future isn’t likely to share up the Seattle Seahawks superstar though. Wilson seems pretty confident that his relationship with Ciara is airtight and all the shade in the world won’t get in the way of their relationship.

On the other hand, Future has been posting a disproportionate number of pictures of his kid to Instagram lately. Is the insecure rapper trying to make sure that Russell Wilson doesn’t take over daddy duty too?