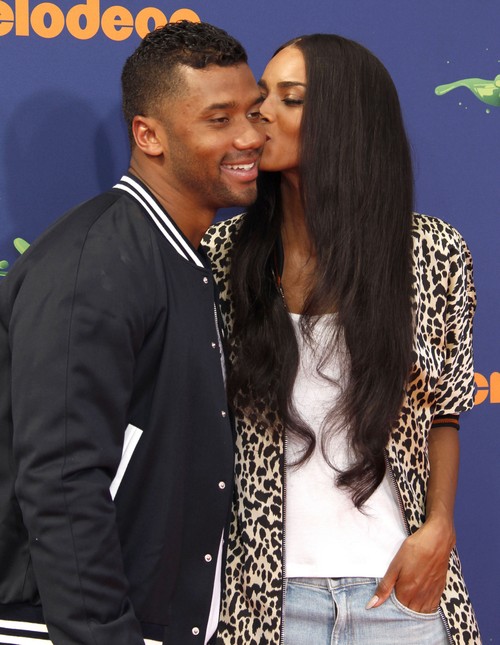 Ciara recently made a comment about her love life with boyfriend Russell Wilson that has Seattle Seahawks fans thinking their season may not be ruined after all. Many Seahawks fans blame Ciara for the Seahawks lackluster football season.

Russell Wilson confirmed his relationship with Ciara in June when they attended the 2015 BET Awards together. Prior to the BET Awards there had been rumors about a relationship between the Seahawks quarterback and Ciara but neither would confirm or deny.

Wilson is a pretty conservative guy and when his relationship with Ciara went public, so did his promise to remain celibate. Pretty much everybody thought that was real sweet except the Seattle Seahawks fans who want their franchise quarterback to focus on the game as soon as possible.

Russell Wilson signed a huge $87.6 million, four year deal with the Seahawks in July. Ever since landing the insane NFL contract and a really hot girlfriend, Wilson’s game has been a little off to say the least. Many fans think their quarterback needs to get his head back in the game and start acting like he’s hungry for a win again.

At this rate, if Russell Wilson doesn’t start performing, the Seattle Seahawks won’t even make it into the playoffs and that is unacceptable.

Wilson took the Seahawks to the Super Bowl for the last two years in a row. As soon as Ciara comes into the picture and Russell is dating one of the most beautiful women in the music industry in a rather high profile romance, his game just falls apart.

Wilson needs to do something about his ability to focus soon because his team is on the verge of not going to the playoffs at all. Fans are upset and they are starting to turn on Ciara and blame the “Body Party” singer for putting a spell on the star quarterback and ruining the Seahawks’ season.

Some think Ciara and Russell might be planning to end their highly publicized celibacy over the holidays because when Hip Hollywood caught up with the singer at the American Music Awards and asked her about her holiday plans, Ciara exclaimed, “Love, love, love!” Here’s to hoping something happens between the lovebirds and Russell is able to get his game back.

Many are worried that Russell has gone too “celebrity” now that he has a high profile girlfriend and a couple of lucrative deals. From the way it’s starting to sound, Wilson better hurry up and put a ring on Ciara so he can focus on football before the Seahawks brass have him dusting a bench like draft-mate Colin Kaepernick.