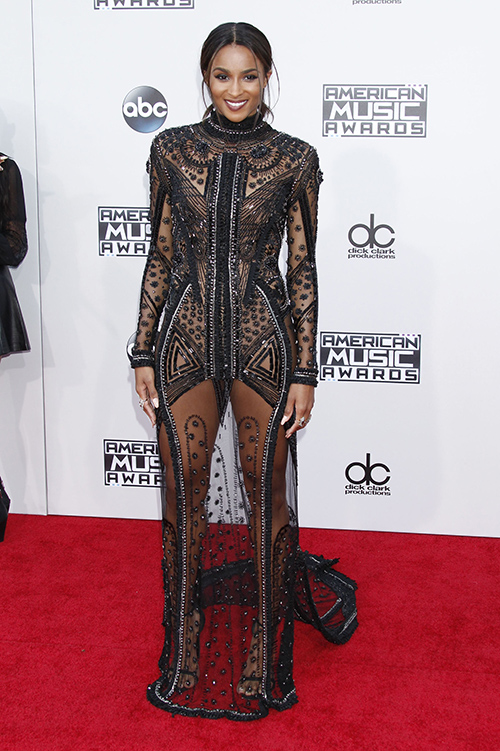 Russell Wilson and Ciara are now engaged after less than a year of dating. Reportedly, they are planning a secret wedding after football season is over. The Seattle Seahawks quarterback and his Body Party singing sweetheart can’t wait to tie the knot so they can end the celibacy ruse they are claiming as they climb the ranks as one of the sweetest famous couples around.

Apparently, someone who knows Ciara well tipped off Mediatakout about the engagement and wedding plans. The secret source claims Russell Wilson proposed using a very low key family heirloom that Ciara has been seen wearing. While MTO reports the ring isn’t flashy at all, it means more to Wilson than money, so it was a pretty big deal to give the jewelry to Ciara. Notice that he didn’t give the antique ring to his first wife, Ashton Meem, who allegedly cheated on Russell with his own (former) wide receiver, Golden Tate.

Ciara and her new NFL star fiance aren’t planning a huge performance like her previous engagement with Future. Instead, the newly engaged lovebirds are planning to get married quietly right around their one-year anniversary. MTO says Ciara and Russell aren’t planning on telling anyone when they get married. They’ll just get hitched and most likely make an announcement about it later.

The source did say that Russell Wilson is having a legal contract drawn up to ensure their relationship goals stay on track. Wilson wants kids and he’s putting that in writing. If Ciara wants to marry her football slinging prince charming, she has to sign on the dotted line in agreement to produce offspring for Wilson. We’re guessing there will probably be a pretty strict fidelity clause thrown in there too.

The news of an engagement between Wilson and Ciara isn’t exactly surprising. With all this talk about being celibate and waiting for marriage, no one ever thought Russell and Ciara would wait long to make a mad dash to the altar. So far neither Russell or Ciara have responded to their leaked engagement news and Ciara’s bitter ex-fiance hasn’t said anything about the situation yet either.