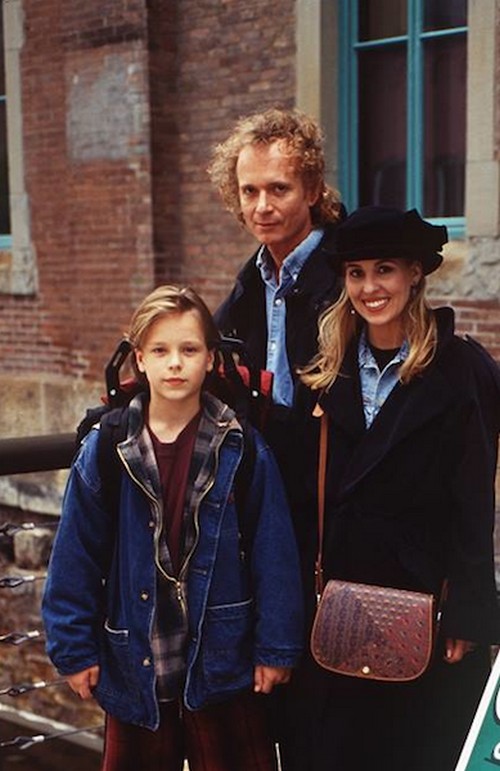 This GH week is not to miss – if you planned a vacation, cancel it! Here are the critical “General Hospital” spoilers for the week of June 22 through June 26 for the hit ABC soap.

The ELQ takeover
Rosalie Martinez (Linda Elena Tovar) will fess up to Jake Doe (Billy Miller), Michael Quartermaine (Chad Duell) and Dante Falconeri (Dominic Zamprogna) that she’s doing Nikolas Cassadine’s (Tyler Christopher) dirty work but will plead that he’s been blackmailing her as her excuse. Nikolas will be incensed at her betrayal and will turn on her and really amp up the blackmail action. And with Nikolas so distracted with his blackmail and corporate takeover schemes, he has little time for son Spencer Cassadine (Nicolas Bechtel) and Spencer will act out accordingly. Michael will take a little break from the ELQ drama, after calling an emergency board meeting to try and shut Nikolas down to make a peace offering to Sonny Corinthos (Maurice Benard) in the form of letting him see baby Avery/AJ.

Franco, Nina, Denise, Morgan and Ric
There’s a love pentagon (forget triangle) about to blow Port Charles wide open. Franco (Roger Howarth) can’t stand that lady love Nina Clay (Michelle Stafford) is wed to weenie Ric Lansing (Rick Hearst). And Denise DeMuccio (Maura West) needs a distraction from hot stud Morgan Corinthos (Bryan Craig). So Franco and Denise will embark on a faux romance to distract one another and incite some jealousy. Franco and Denise will engage in some public smooching that may turn into some private sexy time. Nina will be very jealous even though she was the one who made Franco jealous first. Later, Denise may even reveal her true identity to Franco. Heaven knows he won’t care!

Luke and Laura Deal with Drama
Luke Spencer (Anthony Geary) and Laura Spencer (Genie Francis) are out chasing down kidnapped son Lucky Spencer (Jonathon Jackson). But rather than finding Lucky, Luke’s ex Holly Sutton (Emma Samms) will find them. Laura and Holly will have a confrontation – no big surprise there – but then they will all have to work together. And they’ll need more help. Lulu Spencer (Emme Rylan) and Dillon Quartermaine (Robert Palmer Watkins) will come to lend a hand, but this will leave Dante wondering why his wife is taking off with her ex without offering an honest explanation. This will open the door for Dante to grow closer to Valerie Spencer (Brytni Sarpi) and their marriage may be in trouble.

Jake and His Amnesia
Did you notice that Jake seemed to have a sense of deja vu when he went into the Q mansion? And Mikey’s photo of Monica also struck a nerve. Plus Jake and Sam Morgan (Kelly Monaco) have a fun rapport that seems to be automatic. Jake, Liz Webber (Rebecca Herbst), Sam and Patrick Drake (Jason Thompson) will finally do the double date and Liz will get to watch Sam and Jake side by side. Will Liz do the right thing and reveal Jake’s identity? No! Liz can’t let him go, but that dirty identity secret is not going to stay secret for much longer. Jake and Michael are growing closer as they chase down the corporate spy and it won’t be long before Jake has a hunch that he’s Jason, but he may keep his suspicions secret while he evaluates whether Liz knows and has been lying to him.

Dirty Secrets and Plots
Ric and recently-released-from-Pentonville Madeline Reeves (Donna Mills) will meet up to discuss their evil plans to steal Nina’s inheritance. And Ric doesn’t know it, but he’s going to have wife issues soon with Nina and she won’t cave to his plotting easily. Madeline and Ric want Nina back in Shady Brook so they can pull a conservatorship move to get control of her money since Ric’s her hubby now, but Franco will shut them down even if he’s busy making out with Denise. Lucy Coe (Lynn Herring) is in some trouble of her own due to her plotting and she’ll have to explain herself this week. And Sonny will make a move to get some leverage over new minted police Commish Jordan Ashford (Vinessa Antoine) by making TJ Ashford (Tequan Richmond) an offer he can’t refuse. TJ will be working for the mob soon if Sonny gets his way.

Tons of great stuff happening this week in Port Charles – don’t miss a moment and check back with CDL daily for lots of detailed “General Hospital” spoilers, gossip and casting news.