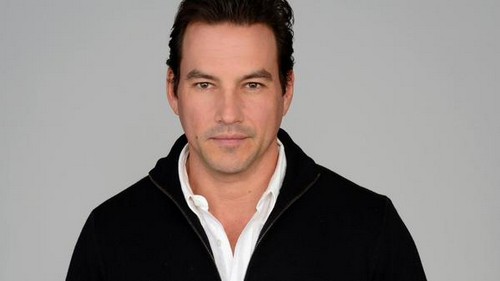 It’s the mid-week episode of GH! Here are some “General Hospital” spoilers to get you ready for the Wednesday, June 17 episode of the hit ABC soap. Valerie Spencer (Brytni Sarpi) just did Dante Falconeri (Dominic Zamprogna) a solid by passionately defending him against an aggressive reporter accusing him of being racist in his arrest of TJ Ashford (Tequan Richmond). As far as we can see, Valerie sees Dante as family, not a romantic prospect. But Maxie Jones (Kirsten Storms) absolutely does not see it that way.

When Maxie sees Valerie and Dante sharing a smiling cup of coffee, she yanks Valerie aside and demands to know why she’s being all flirty with Lulu Spencer’s (Emme Rylan) husband. Valerie will be stunned that her actions were misinterpreted and then will worry that if Maxie takes this tale to Lulu that she will lose one of her few relatives. This puts Valerie in an awkward spot.

And speaking of awkward spots, Lulu herself will soon be in one. Lulu is sharing a secret with her ex-sweetie and trouble-making partner Dillon Quartermaine (Robert Palmer Watkins). Valerie will find out and wonder if Lulu is cheating. This may cause Valerie to re-evaluate her feelings for Dante. Lulu and Dillon will share some bonding time and discuss the child they would have had.

Over at ELQ, Michael Quartermaine (Chad Duell) will call Rosalie Martinez (Linda Elena Tovar) into his office for a “serious” talk. Rosalie will be nervous since she knows Jake Doe (Billy Miller) is investigating the spy (aka her). But Michael’s not dropping the hammer on Rosalie yet, but will her fear and nervousness get the better of her and amp up Michael’s suspicions.

Sam Morgan (Kelly Monaco) will tell Patrick Drake (Jason Thompson) about her new spy gig at ELQ. Patrick is not going to be comfortable with Sam spending more time with Jake and sometime soon, Patrick will take steps to make friends with Jake so he can keep an eye on him and make sure that he’s not getting cuddly with Sam.

And Liz Webber (Rebecca Herbst) will hear all about Jake’s traitor investigation and will warn Nikolas Cassadine (Tyler Christopher) that the phones at ELQ are bugged. But then when Liz and Jake make love and are cuddling and Jake tells her he trusts her completely, Liz will once again feel like a total heel – as she should – and will worry that she’s being awful and she totally is.

Morgan Corinthos (Bryan Craig) and Ava Jerome/Denise DeMuccio (Maura West) will find themselves in an intimate encounter again. Ava leaves the Quartermaine house all upset because she just found out that Sabrina Santiago (Teresa Castillo) is baby Avery’s nanny. Since Sabrina is the reason that Ava went into early labor, Ava is justifiably incensed that Sabrina is spending tons of time with her baby.

And to make bad matters worse, Sabrina kicked her to the curb and told Ava she couldn’t see her daughter. Ava will be upset, Morgan will comfort her and we should see round two of their intense tonsil hockey today. The real question is when someone is going to catch them at it and whether seeing it will convince them that Denise is really Ava. And how far will Ava and Morgan let it go?

Now that Lulu knows her brother Lucky Spencer (Jonathon Jackson) has been kidnapped by unknown forces of evil, she will be tormented by a dream that he’s dead. Will this lead her to do something stupid like turning to Dillon for comfort instead of her hubby Dante since she can’t tell Dante the big secret. Will Dillon and this secret be the wedge that starts breaking Lulu and Dante apart?

Finally, Sabrina will comfort Tracy Quartermaine (Jane Elliot) who is agonized about Luke Spencer (Anthony Geary) and Laura Spencer’s (Genie Francis) “engagement.” Sabrina has been through all this but on an even worse scale since she was dumped pregnant at the altar by Patrick. And Dillon will feel even worse about his secret keeping when he sees how much Tracy is hurting.

Don’t miss a moment of Wednesday’s jam packed episode then head back to CDL for more “General Hospital” spoilers and gossip.