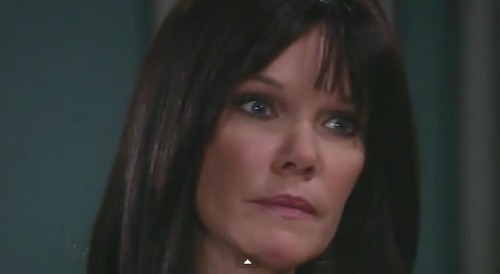 Here are some “General Hospital” spoilers for the Friday May 29 episode of the hit ABC soap. Michael Quartermaine (Chad Duell) is refocused on securing the family business and chats with Rosalie Martinez (Linda Elena Tovar) about the fate of ELQ. Of course, she’s still working with Nikolas Cassadine (Tyler Christopher) to help him raid ELQ. Will Michael reveal something that will help Nik because he doesn’t suspect her duplicity? Michael wants Rosalie to find the missing shares then Nikolas will want to get the ELQ shares that Franco (Roger Howarth) has.

Lulu Spencer (Emme Rylan) comes back to talk to Nikolas about Kyle Sloane (Grayson McCouch). Lulu may be trying to finagle the result she wants from Valerie Spencer’s (Brytni Sarpi) recent job interview at the Port Charles Police Department. Lulu said she was okay with Valerie working side by side with Dante Falconeri (Dominic Zamprogna), but that was likely lip service so her hubby doesn’t think she’s being bitchy.

The DNA results are in on Denise Dinuccio (Maura West) to reveal if she’s Ava Jerome or not. Lucas Jones (Ryan Carnes) is ready to reveal the results but Denise tells him not to read them. Does she want a cop to do it so it’s more official or is she just stalling for time because she knows the results could mean Sonny Corinthos (Maurice Benard) is ready to make his threats come true? Since they’re matching to stored results, it could be easy to fake. Why didn’t the DNA match her to Kiki Jerome (Hayley Erin) instead? “General Hospital” spoilers reveal the results will be surprising. Ilene Kristen is returning to PC for Friday’s and Monday’s episodes as Delia, Ava’s mom. Who wants to bet that these Denise DNA results will relate to this appearance? GH rumors are saying that Denise might be Ava’s secret twin…. 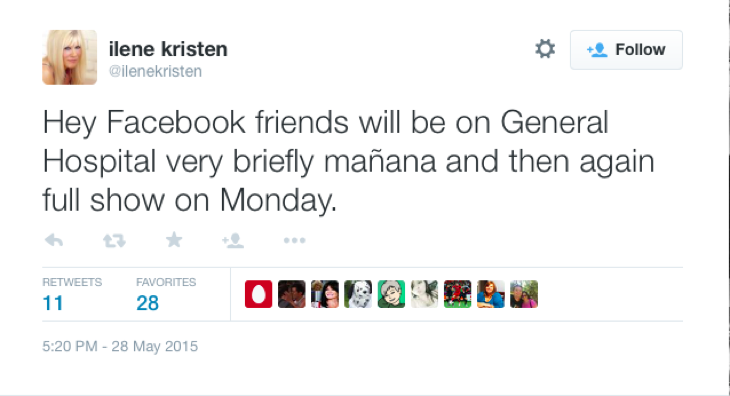 Olivia Falconeri (Lisa LoCicero) wants Nina Clay (Michelle Stafford) out of the MetroCourt. With no blackmail to hold over Olivia’s head, she has no reason to allow the free ride to continue. Where will Nina and new hubby Ric Lansing (Rick Hearst) go? “General Hospital” spoilers indicate that Ric will come clean to Nina about his real reason for marrying her. Franco will also report to Nathan about what crazy Nina is up to and he won’t be happy about her quickie marriage.

Ric wants revenge against everyone who crapped on him recently. Carly Corinthos (Laura Wright) is definitely on that list after she publicly humiliated him and pushed Liz Webber (Rebecca Herbst) into dumping him. The question is whether Nina will run for an annulment like Franco wants. With no money and no more blackmail to secure her a place to live, she may be stuck with Ric, at least for now. But, even worse, Nina will find out Ric is plotting with her evil mom Madeline West (Donna Mills).

Mayor Lomax (Saidah Ekulona) and Sloane are facing off – each set to bring the other down. But each also has an ally. Lomax has pulled Nikolas onto her side and they’re plotting to bring down Sloane. Meanwhile Sloane will enlist Anna Devane (Finola Hughes) to bring down Lomax. There’s that whole ballot box and dirty election thing plus Lomax has now decided she wants to aspire to the governorship and wants Nik’s help to make it happen.

But first, they have to shut down Sloane who has become a thorn in their side. Anna is leaving soon plus she’s off the rails with her Carlos Rivera (Jeffrey Vincent Parise) murder guilt, so will they be worthy opponents for the illicit Mayor and the devious Prince? First, though, Sloane has to explain to Anna what’s going on between he and Lomax – all the dirty secrets Sloane has been keeping! Lomax and Nikolas may use Valerie to spy on Sloane even though Lulu doesn’t want her near her hubby.

Friday looks like a busy day in Port Charles! Be sure not to miss a moment of this great episode then come back to CDL for lots more “General Hospital” spoilers and gossip!

Enjoy a General Hospital sneak peek video promo for Friday May 29, 2015 below