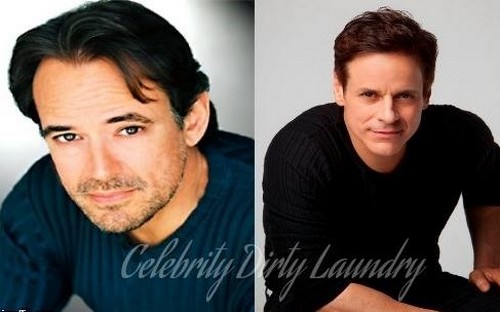 “General Hospital” spoilers and rumors reveal that The Young and the Restless star Christian LeBlanc could be headed to Port Charles! LeBlanc’s character Michael Baldwin has been battling cancer on the CBS soap for months now, and recently his health took a turn for the worse – it looks like the writers at “The Young and the Restless” really are planning on killing off the iconic character. Rumors have been teasing for months that Christian LeBlanc was headed to “General Hospital,” and according to a new casting call – that could really be the case.

“General Hospital” has been nabbing Y&R’s big name actors for the past year now, including Billy Miller and Michelle Stafford. Anyone who follows Michelle or Christian on social media can tell you that the two stars are best friends in real life – so it isn’t hard to believe that LeBlanc would follow Michelle over to “General Hospital.” According to Y&R rumors, LeBlanc’s storyline on the CBS soap is wrapping up and spoilers tease that he could be killed off within the next couple weeks.

According to “General Hospital” spoilers from Soap Opera Digest, GH has just placed a casting call for “a name actor to play a “handsome, charming Caucasian man in his 50s.” It is described as a major recurring role.” A popular theory among GH fans is that the character being cast is Kevin Collins, seeing as how his previous portrayer Jon Lindstrom has moved on to other projects. And, Christian LeBlanc would make a great Dr. Collins – we can already see him and Lucy Coe working on their relationship after Duke Lavery (Ian Buchanan) exits, which is supposed to be during the 2015 Nurse’s Ball.

What do you think GH fans? Is Christian LeBlanc leaving Y&R and heading over to “General Hospital?” Would he be a good fit in Port Charles – could he possibly even be the new Dr. Kevin Collins? Let us know what you think in the comments below and don’t forget to check CDL tomorrow for more “”General Hospital” spoilers and news!