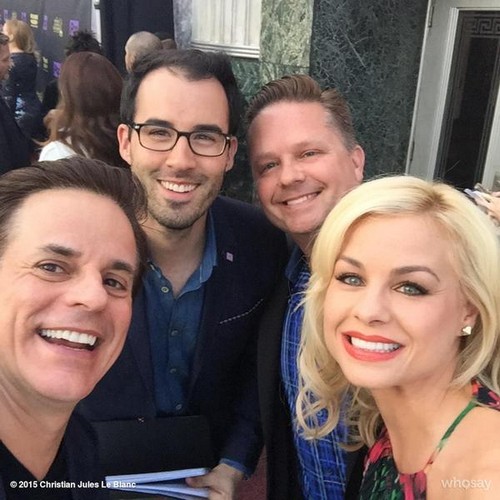 “The Young and the Restless” spoilers for Friday, April 24, tease that Michael (Christian LeBlanc) and Dylan (Steve Burton) will disagree about Sharon’s (Sharon Case) defense strategy. Michael will want to focus on getting the tire iron thrown out, but Dylan will say they should show that Sharon is being framed. Michael will warn Dylan that the clock is ticking and all of the state’s evidence points straight at Sharon. When Sharon hears their conversation, she’ll worry that Michael thinks she’s a lost cause. After Michael leaves, Dylan and Sharon will get into an argument about the case. Dylan will shout that he’s beginning to think Sharon is guilty and she’ll stand up for herself. Sharon will assure Dylan that she’s innocent and Michael will help her stay out of jail. Dylan will reply that Sharon has to fight just like that if she wants to beat the charges.

Meanwhile, Hilary (Mishael Morgan) will question Devon (Bryton James) about his feelings for her. Hilary will indicate that she doesn’t want to lose him, but Devon will have a problem with her ever-changing story. Devon will say that he thinks he can reconcile with Neil (Kristoff St. John), but that won’t happen if he and Hilary are together. Later, Hilary will make another attempt to patch things up. Hilary will say that Devon is the love of her life and she hopes that they can at least be friends.

Other “Young and the Restless” spoilers reveal Lauren (Tracey E. Bregman) will be concerned that Michael’s been avoiding her as well as his oncologist. Michael will yell that he won’t let his disease control his life and he’s not going to let Lauren treat him like a child. Lauren will feel that Michael is holding something back, but he’ll say that he’s focusing on a big case. Jill (Jess Walton) will also question Michael about what’s going on, but he’ll say that he’s still processing everything and he needs space. Later, Colin (Tristan Rogers) will urge Lily (Christel Khalil) to keep an eye on Cane (Daniel Goddard). It’s clear that Cane and Lauren are growing closer. In fact, Colin will talk to Jill about the possibility that Michael is trying to push them together.

Lauren will sort through some boxes as Cane tries to comfort her. Eventually, the mood will lighten and they’ll crack a few jokes. Michael will spot them laughing from a distance. Lily will show up to steal her husband away for dinner. It seems Colin’s words of wisdom will hit home. The rumors say several affairs could be in the works on the CBS soap. Stay tuned to Y&R to see if some relationship updates are on the way.

At the hospital, Joe (Scott Elrod) will prepare to be transferred to Chicago. Avery (Jessica Collins) will suggest it might be helpful if she goes with Joe and she’ll call Dylan to give him the news. Dylan will say he understands that Joe needs Avery’s help right now. However, Dylan will admit to Sharon that Avery’s going whether he likes it or not. Sharon will encourage Dylan to tell Avery his true feelings. Dylan will stop by the hospital and Joe will confess that he’s given up on Avery. Joe will say Avery is going with him to Chicago out of pity and he’ll offer to change her mind. Dylan will insist that Avery can make decisions for herself.

Avery will go to Sharon’s house and they’ll get into an argument. Sharon will wonder why Avery doesn’t believe she’s innocent since she’s defended her before. Avery will say that she’s gotten to know Sharon better since then. Avery will also bring up the fact that Sharon burned down the Newman ranch and falsified Summer’s (Hunter King) paternity. Sharon will imply that Avery is stringing Dylan along when she really wants Joe. Things will get heated as Michael arrives. Michael will shout at them to break it up before collapsing on a chair. Stay tuned to the CBS soap to see if Michael’s health will take a turn for the worst.