‘The Young and the Restless’ Spoilers: Fake Jack Killed Austin and Courtney to Hide His Secret – Plots To Bring Victor Down 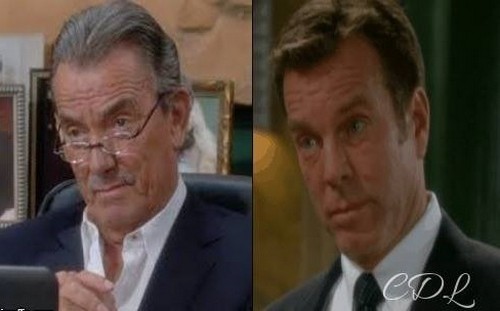 “The Young and the Restless” spoilers tease that Victor’s (Eric Braeden) scheme to bring down Jack (Peter Bergman) could be his own downfall. Jack’s doppelganger was found by Victor in a Peruvian prison and he’s been nothing but trouble from the start. Victor believes he’s calling all the shots, but what if fake Jack has gone rogue already? “The Young and the Restless” rumors say that Jack’s doppelganger may be the cabin killer. Y&R fans know that Austin (Matthew Atkinson) was making a documentary that would expose the dirty dealings of the Newmans and the Abbotts. If Austin filmed fake Jack meeting with Victor in the park, the imposter could have killed him to keep it quiet. Of course, that means fake Jack would also have to kill Courtney (Kelli Goss) if she saw the footage, which she did. Bottom line, the imposter isn’t going to let anyone stand in his way—including Victor.

Victor is the ostensible mastermind of this operation and he thinks he has everything under control. However, Victor probably has no idea that fake Jack has been on a killing spree. Some have speculated that Victor could have a hand in framing Sharon (Sharon Case) for the murders, but we find that unlikely given the theory that Yack is the killer and The Mustache is unaware of this. After all, there has been some discrepancy with what the murder weapon that killed Austin is in this storyline. Summer (Hunter King) remembered a bloody bookend, but now a tire iron has shown up with Austin’s blood and Sharon’s fingerprints. Something just doesn’t add up. It’s possible that fake Jack could just be looking for a way to pin the blame on someone else. The imposter has likely researched every detail of Jack’s life along with everyone else in Genoa City. Fake Jack could have known that Sharon’s instability would make her an easy target.

In the confessional, fake Jack appeared to support Victor when he said that he’d show everyone who the real boss is. However, fake Jack was probably referring to himself. Now that Jack’s doppelganger has had a taste of the good life, there’s no way he’s letting it go. Fake Jack undoubtedly has a plan of his own in play and Victor will never see it coming. It’s clear that Victor has underestimated fake Jack and that could be a problem. On the other hand, fake Jack has likely made some miscalculations as well. No matter what happens, there’s always a price for messing with Victor. Stick with “The Young and the Restless” to watch both plans get derailed.

So Y&R fans, what do you think about the news that fake Jack could be the cabin killer? Do you believe Victor really knows what Jack’s doppelganger is capable of? When Victor gets updates on fake Jack’s scheme, will the imposter regret trying to pull a fast one? Let us know what you think in the comments below and don’t forget to check CDL tomorrow for the latest “Young and the Restless” spoilers, rumors, updates and news.