‘The Young and the Restless’ Spoilers: The Consequences of Adam’s Secret Revealed – Gabriel’s True Identity Exposed 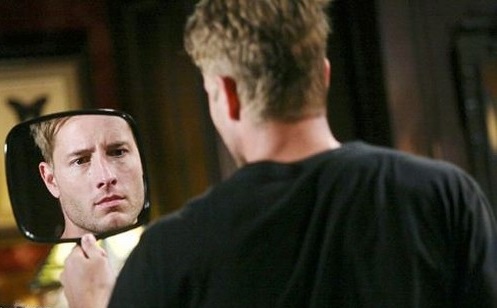 “The Young and the Restless” spoilers tease that several major storylines will begin to merge. Y&R fans know that Gabriel (Justin Hartley) has been able to hide his true identity from nearly everyone in Genoa City – except Jack (Peter Bergman). Now that Jack’s doppelganger is in town, it’s only a matter of time before everyone learns that Gabe is really Adam. Fake Jack will inevitably be exposed and Adam will in all likelihood be the one to save the day. The key is that Fake Jack doesn’t know that Gabriel is Adam, unlike the real Jack. Unfortunately, that means Gabriel may have to expose that he isn’t the real deal either. We’ve all been waiting for the big reveal, but what will happen when the truth comes out?

The fallout of Adam’s ruse is going to be massive. We have to remember that Billy (Burgess Jenkins) still holds Adam responsible for Delia’s (Sophie Pollono) death. Billy will be furious when he finds out that Jack was willing to keep Adam’s secret, but Billy doesn’t have all the facts. “The Young and the Restless” rumors say that the real Gabriel was responsible for the hit and run. There’s a good possibility that Sage (Kelly Sullivan) has known Gabe killed Delia all along, but she’s been playing Adam to get what she wants.

Unfortunately for Sage, her plan will undoubtedly blow up in her face. Many “Young and the Restless” viewers could see this coming from a mile away. Sage is hoping to start a new life with Nick (Joshua Morrow), but that dream is gone the moment Nick learns about her deception. It’s tough to believe that Nick could ever forgive Sage once he gets updates on all her lies. Sage thought she could manipulate Adam and have it all, but she’ll have nothing to blackmail with once Gabriel’s true identity is revealed.

Adam will finally move on, but that doesn’t mean he can forget what he’s been through. Every time Adam looks in the mirror, he’ll see the face of Delia’s killer. Adam’s reflection will serve as a grim reminder of the death that has haunted him for two years. It’s an inescapable prison that he’s destined to remain in, especially once Sage reveals that the real Gabriel was the driver responsible for Delia’s death. The irony is that Adam thought he was escaping guilt by becoming another person – only to face the awful realization that the one person in the world who really is responsible for Delia’s death is… the new HIM!

Yet, there could be hope for the future. All Adam ever really wanted was to get his life back with Chelsea (Melissa Claire Egan). While Chelsea will certainly be hurt by Adam’s deception, she may come to understand why he did what he did. Adam will have the chance to win Chelsea’s heart and resume his rightful place as Connor’s (Michael and Nolan Webb) father. In the end, that may be enough for Adam. Stick with the CBS soap to watch the ripple effect of this exciting storyline.

So Y&R fans, what do you think will happen when the news of Gabriel’s true identity finally comes out? Who will hold a grudge and who will choose to forgive? Will Adam be able to recapture what he’s lost? Let us know what you think in the comments below and don’t forget to check CDL tomorrow for the latest “Young and the Restless” spoilers, rumors, updates and news.