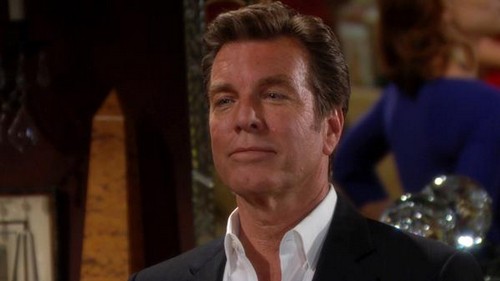 “The Young and the Restless” spoilers for Wednesday, April 22, tease that the board meeting Ashley (Eileen Davidson) called will get underway. Billy (Burgess Jenkins) will wonder if they have enough votes to get Jack (Peter Bergman) out as CEO and Kyle (Lachlan Buchanan) will pipe up that they certainly don’t have his. Kyle will try to get Abby (Melissa Ordway) to support Jack and she’ll agree that it seems like they’re ganging up on him. Ashley will say that the plan is moving ahead whether they’re on board or not.

Victor (Eric Braeden) already has a plan of his own underway. It’s clear that big changes are coming at his company and he’ll stop by Victoria’s (Amelia Heinle) to make sure he has her commitment. The conversation will shift to Billy and Victoria will say that “she’s had enough of the men in her life, Abbott or otherwise.” Stitch (Sean Carrigan) will appear and guess that he falls under “otherwise.” When they’re alone, Victoria and Stitch will talk about where their relationship stands. They’ll agree that they don’t have the kind of love that’s meant to last. Victoria will say that she can’t make Stitch happy and he’ll suggest that maybe she should find out if her happiness lies with Billy. Y&R viewers have seen this breakup coming for a while and apparently, so could Stitch. At the athletic club, Stitch will find Abby and tell her things are over with Victoria. Stitch will say it feels right and he’ll lean in for a kiss.

Other “Young and the Restless” spoilers reveal that Kelly (Cady McClain) will bring out a bottle of Champagne and suggest a toast. Jack will remind her that he doesn’t drink, but Kelly will say he’s been denying himself too many pleasures. Kelly will wonder if Jack meant it when he kissed her, but she’ll decide it was a good sign of things to come. Jack will say that the kiss was real and he wants more. When Jack asks what the plan is, Kelly will run to retrieve something. While Kelly’s gone, Jack will mutter to himself that he’ll get the last laugh on Victor. It sounds like Jack’s going to play along. Kelly will return with the fabric she planned on using to redecorate Jack’s bedroom. Jack will urge Kelly to free him, but she’ll throw her drink in his face and insist that he has to prove his love for her. Jack will discuss fond memories and indicate that they can turn the tables on Victor together. Kelly will say that she needs to clear her head and she’ll tell Jack goodnight.

Meanwhile, Jack’s doppelganger will toast to the new man he’s made out of “Jackie boy.” Phyllis (Gina Tognoni) will realize that fake Jack has been drinking and she’ll express her concern. Fake Jack will urge Phyllis not to be a killjoy and he’ll insist that he won’t screw up his future. Phyllis will press fake Jack to give Billy another chance at Jabot, but he’ll say that Billy’s had too many chances already. Fake Jack will talk about valuing loyalty above all else as Billy, Ashley and Abby walk in. Billy will say that fake Jack has two choices: bow out gracefully or be fired. An argument will ensue and fake Jack will tell everyone to meet him at Ashley’s office in an hour. When they leave, fake Jack will hint to Phyllis that he has a plan.

At Jabot, fake Jack will announce that he and Victor are now partners. Naturally, everyone will shocked by the news. Billy will question Victoria and she’ll imply that maybe things will work out as long as Jack is OK with it. Billy will wonder if Victoria’s judgment has been clouded, but she’ll say that she’s seeing things more clearly than she has in a long time. Victor will declare that he’s dropping the charges of cyber theft and Billy will think that’s why Jack is doing the merger. Fake Jack will say that’s not the reason he partnered up with Victor. Jack’s doppelganger will also indicate that he’s come to see Victor as an ally rather than an enemy. A photographer will show up to snap pictures of the pair shaking hands. The rumors say fake Jack may not be the obedient partner Victor hoped he would be. Stick with CDL for updates as Victor’s grand scheme continues.