BY Janette E Smith on April 19, 2015 | Comments: one comment
Related : Soap Opera, Spoiler, Television, The Young and the Restless 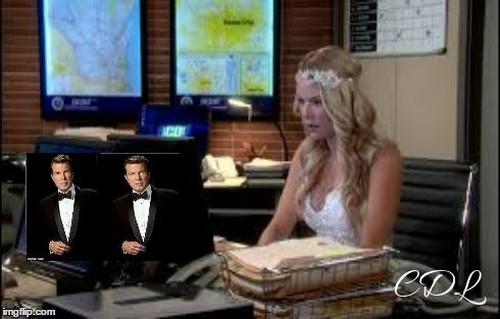 “The Young and the Restless” spoilers tease that Victor’s (Eric Braeden) grand plan will continue with the help of Jack’s (Peter Bergman) evil twin doppelganger. However, it’s possible that Jack’s imposter could be involved in another major Y&R storyline. The cabin killer mystery keeps spinning in a thousand directions and the latest spinoff may involve fake Jack. “The Young and the Restless” rumors are saying that Austin (Matthew Atkinson) isn’t really dead and that might give us a clue about Courtney’s (Kelli Goss) murder. If Austin is still alive, there’s a good chance that Courtney’s death may not be directly tied to the cabin whodunit. Everyone assumes that Courtney saw Austin’s killer on the surveillance footage, but what if Courtney really saw Jack and his imposter, who is becoming known as ‘Yack?’ That would explain why Courtney said the video didn’t make any sense. Courtney would undoubtedly be confused at the idea of two Jacks or even just one Jack who was up to something shady.

Jack’s doppelganger has been helping Victor with his scheme so he would have a solid motive. Maybe fake Jack was at the police station because of the fingerprints or because he knew the surveillance footage could expose the truth. Fake Jack could have killed Courtney to keep the news quiet, infected the police database with a virus and then covered everything up to make it look like part of the cabin killer’s spree. The imposter’s job is to bring down Jack and he certainly wouldn’t have a problem taking out Courtney to keep the plan moving along. Victor found Jack’s doppelganger in a Peruvian prison so we know he has a criminal mentality. Plus, fake Jack is enjoying living high on the hog now that he has the starring role in Victor’s ruse. There’s no way Jack’s imposter wants to give up his cushy lifestyle with freedom, a beautiful bride and plenty of the Abbott family fortune.

Nevertheless, Y&R viewers know that fake Jack won’t stick around forever. All good doppelganger stories must come to an end. It seems likely that Victor will ultimately betray fake Jack and send him back to prison where he belongs. After all, teaming up with Victor is always a double-edged sword. Victor can help someone have it all and destroy it all just as quickly. “The Young and the Restless” spoilers hint that fake Jack will start to deviate from Victor’s plan and when he does, things are going to get ugly. Stay tuned to the CBS soap to see how Victor will deal with a partner that goes rogue.

So Y&R fans, what do you think about the idea that fake Jack killed Courtney? When Victor gets updates that Yack isn’t following instructions, will he double-cross fake Jack? Will Victor’s scheme eventually blow up in his face? Let us know what you think in the comments below and don’t forget to check CDL tomorrow for the latest “Young and the Restless” spoilers, rumors, updates and news.