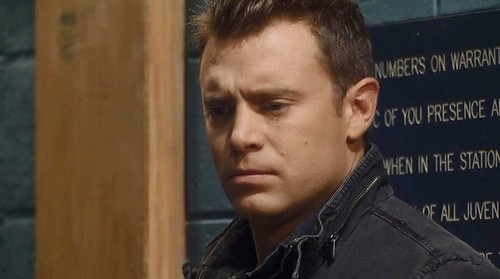 ELQ Shenanigans: This week, Sam Morgan (Kelly Monaco) will dig into her investigation of Rosalie Martinez (Linda Elena Tovar). And since Sabrina Santiago (Teresa Castillo) is now bonding with Tracy Quartermaine (Jane Elliot), she’ll find out that Sabrina is looking into Rosalie to protect Michael Quartermaine (Chad Duell), Tracy will offer some pertinent and interesting information on Rosalie that will help.

While Sam is working on her investigation, Jake Doe (Billy Miller) is also snooping around at ELQ as the new head of security. Jake tells Michael that he caught Sam bugging the phones, but Michael won’t think Sam is a serious contender for the spy. Jake will also fill Liz Webber (Rebecca Herbst) in on the investigation. Unfortunately, this means Liz will tell Nikolas Cassadine (Tyler Christopher).

Liz will warn Nikolas about the ELQ phone tapping. Nice! Not only is Liz sabotaging Jake’s personal life by keeping the Jason identity secret, but she’s also messing up his new job by blabbing to Nik about the ELQ investigation. With Sam out of contention as the traitor, Sam and Jake will team up to try and get Rosalie to confess who she’s working for and figure out who’s trying to steal ELQ away.

Sabrina will also inform Michael that she got Sam to investigate Rosalie. Once again, Sabrina is saving Michael from trouble. Michael will try to defend Rosalie, but this won’t last long. Tracy tells Sam if she nails the traitor, she can have the engagement ring off her finger. Turns out the ring Luke Spencer (Anthony Geary) gave her was stuck. Sam gets it off her finger and Tracy will insist she take the ring.

Luke and Laura’s Big Secret: Also on the Luke front, Lulu Spencer (Emme Rylan) will demand to know why Luke really broke it off with Tracy. Laura Spencer (Genie Francis) shows up and Dillon Quartermaine (Robert Palmer Watkins) is there too. Luke will finally tell the truth but then will insist that Lulu keep it secret. Later, Tracy will try to get the truth out of Lulu, but will she keep her dad’s secret or fess up?

Lulu will have a dream that makes her uncomfortable and will have some Nikolas-related worries too. Nik is a source of trouble all over town. With good news from Kyle Sloane (Grayson McCouch) to bolster his ambitions, Nik will make someone with ELQ stock an offer that will temp them to give him control of their shares and Nik will try his first big move to get his hands on ELQ for good.

Ava and Morgan: Morgan Corinthos (Bryan Craig) will confess to his dad Sonny Corinthos (Maurice Benard) that he locked lips with Denise DeMuccio (Maura West) aka Ava Jerome. Morgan will explain that he got caught up in the resemblance and his old feelings for Ava. Morgan will tell Sonny it won’t happen again and he can’t let Kiki Jerome (Haley Erin) know.

Sonny isn’t happy about this since he’s sure that Denise really is Ava. Kiki will overhear part of this and Morgan will tell her a lie to cover what they were talking about. Ava’s behavior as Denise continues to shock Silas Clay (Michael Easton) as Ava ends up in more intimate moments with Morgan. They won’t be able to deny the chemistry that’s there. How long before Morgan and Ava are hooking up again?

TJ’s Wrongful Arrest: Dante Falconeri (Dominic Zamprogna) will be accused of overstepping when it came to TJ Ashford’s (Tequan Richmond) arrest. Valerie Spencer (Brytni Sarpi) will defend her cousin-in-law passionately being a good friend to Dante, but Maxie Jones (Kirsten Storms) misinterprets it as feelings of another sort and quizzes Valerie. Valerie is seen as a threat to Lulu’s marriage and Valerie will not want to jeopardize her relationship with Lulu.

But Valerie also won’t be pleased to know that Lulu is keeping a secret from Dante. Valerie may think it’s something nefarious – maybe even to do with Dillon – but it’s really about Luke. As TJ’s lawyer, Ric Lansing (Rick Hearst) will accuse Jordan of mistreating TJ who shouldn’t have been arrested at all. Looks like Sonny will help out and Jordan won’t be happy to owe him one for helping TJ out.

The Last of Luke: Last, we are winding up to Luke’s final appearances in the coming weeks. Luke will be heading out of town on a last adventure while Laura sticks around town for a bit. Maybe Laura will be the one to shake some sense into Nikolas and put an end to his current spate of evil-doing. This week will be busy in Port Charles and you don’t want to miss a moment.

Be sure to check back with CDL daily for lots more “General Hospital” spoilers, casting news and gossip!