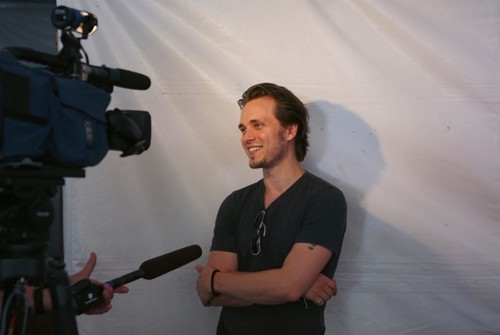 General Hospital spoilers tell us Genie Francis, who plays Laura Spencer, recently spoke about her feelings on saying goodbye to Anthony Geary, the man who plays Luke Spencer. After decades of providing entertainment and drama on General Hospital, Anthony Geary has revealed that he will be leaving the soap and now Genie Francis taking us into her mind and sharing all of the details on this final GH storyline.

Genie Francis reveals to TV Line that Laura Spencer is not in town just to reunite with her ex-husband Luke, but to recruit Luke so that they can find their son Lucky together. Jonathan Jackson, who plays Lucky Spencer, will be returning for this season as well as Nathan Parsons, who plays Luke’s son, Ethan.

TV Line asked Genie Francis if she has filmed with either Jonathan or Nathan, and Francis revealed that she has shot scenes with both of them. She says, “I didn’t get to do much with Nathan. We’re in the same scenes, but I didn’t get a one-on-one scene with him. But the Lucky Spencer moments are so, so nice. There are some amazing, not-to-be-missed scenes with Jonathan Jackson and with Tony. You can’t miss them.”

So what can fans expect from Luke and Laura Spencer as they try to save Lucky? Francis says that fans should be ready for “another Luke-and-Laura adventure.” Although she could not say much about their scenes together, she made it seem as though fans should be very excited and that the storyline between Laura and Luke will surely be a “crowd pleaser.”

Things got emotional when Genie Francis was asked about saying goodbye to Anthony Geary and what it meant to her. Francis reveals that when producers called her and told her that Anthony Geary was leaving, she did not believe it. She said that there had been rumors, and that Geary had been talking about leaving General Hospital, but she did not know it would be now. She said, “I was like ‘Really? [Laughs] Really?’ And they said yes.”

Francis says the only thing she wanted was to make sure that Anthony Geary wanted her to return. “He’s been very vocal about not wanting it to be Luke and Laura reuniting. My next question was, ‘is this what Tony wants?’ and they said, ‘Absolutely.’” It’s nice to hear that Genie Francis wanted to make sure that Anthony Geary was able to have his goodbye arc done his way.

While Genie Francis has not filmed the final episode yet, she says that in the coming week she will be filming six episodes with Anthony Geary, and that will be the end. She says, “This is the end of an era. It was a big thing and it was a huge part of my life. So yeah, I feel a little weepy at times.”

Are you ready to say goodbye to Anthony Geary as Luke Spencer on General Hospital? Are you excited to see the Luke-and-Laura adventure unfold this summer? Let us know in the comments below.