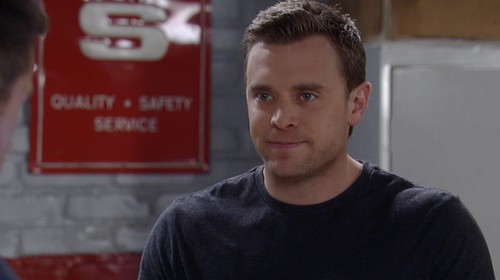 “General Hospital” spoilers tease that the week of May 25-29 will be another exciting one, packed full of must-see drama. According to GH rumors, fans of the ABC soap will not want to miss a single episode. The fall out from last week’s shocking wedding continues to rock the residents of Port Charles, and there is another wedding in the works! According to “General Hospital” spoilers, this is what fans can expect to see during the week of May 25:

Monday May 25: Due to the holiday, a re-run of “General Hospital” will air on Monday.

Tuesday May 26: “General Hospital” spoilers tease that on Tuesday’s episode of the ABC soap, Nina (Michelle Stafford) begins to realize the severity of her hasty decision to marry Ric Lansing (Rick Hearst) – and she is having second thoughts. Meanwhile across town, Sloane has some news for Jake (Billy Miller), and Shawn has to make a difficult decision.

Wednesday May 27: On Wednesday’s episode of “General Hospital” spoilers indicate that Jake has a new job and he shares the exciting news with Elizabeth (Rebecca Herbst). Speaking of new jobs, Valerie fills out an application and applies for a new job. Also, fans can expect a major blow-up between Franco (Roger Holwarth) and Nina – he is not thrilled about her wedding to Ric Lansing. 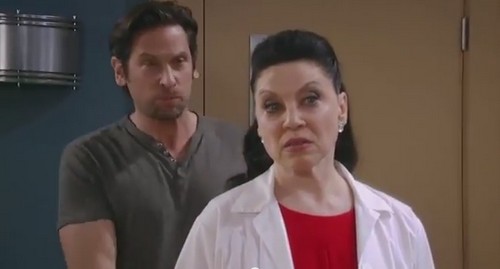 Thursday May 28: On Thursday’s episode of the ABC soap, “General Hospital” spoilers tease that Brad (Parry Shen) and Lucas (Ryan Carnes) will spend the day planning their wedding. Meanwhile across town, Anna Devane (Finola Hughes) struggles to come to terms with what she did – and Sonny confronts a stranger. Is that stranger possibly Ava in disguise?

Friday May 29: GH spoilers tease that Friday’ episode of the ABC soap will find Sloane and Anna having a heart to heart, the detective makes a surprising confession. In other “General Hospital” news, Michael (Chad Duell) continues to investigate the mystery of the missing ELQ stocks – and Ric Lansing finds a new partner in crime.

So GH fans, are you excited for an all new week of drama? What new jobs are in store for Jake and Valerie? Will Nina and Ric stay married, how crazy will Franco go over their wedding? Who is the stranger that Sonny confronts? Who do you think is working with Ric Lansing now? Let us know what you think in the comments below and don’t forget to check CDL tomorrow for more “General Hospital” spoilers and news.

Watch the General Hospital video promo for May 25 – 29 below!