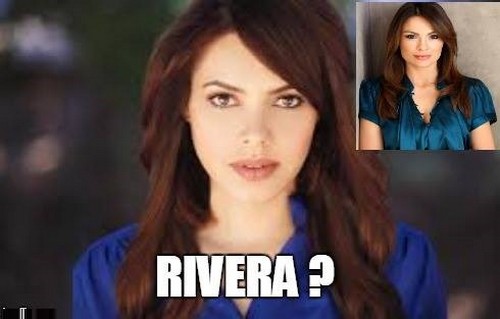 General Hospital spoilers and rumors are looking at a shocking GH relationship that could change the entire Port Charles dynamic! In 1996 Lily Rivera [Lily Melgar] was Mrs. Sonny Corinthos, who was pregnant with Sonny’s child. Lily always knew she was Sonny’s second choice as did her father Hernando Rivera, a Puerto Rican crime boss. Lily’s father warned Sonny he better do right by his daughter and Sonny being Sonny relied upon his fundamentally good character to do the right thing.

Knowing Lily was pregnant Sonny left Brenda and married Lily. Hernando Rivera kept a close eye on Sonny and he was not happy with what he saw Sonny could not stay away from Brenda, so Hernando planted a bomb in Sonny’s car to detonate when Sonny started it – GH was being very The Godfather style! After a lavish celebration for Lily and Sonny’s impending parenthood, Lily went out to Sonny’s car and started it. The bomb went off and Lily was presumed dead… but was she really dead or did her father Hernando stage her death to take his daughter and his grandbaby away from Sonny Corinthos?

We all know that when we see explosions on GH things are not usually as they seem… did Hernando Rivera take his daughter to a remote Island in Puerto Rico? Fast Forward General Hospital to 2015 and 20 something Rosalie Martinez arrives in Port Charles. The GH rumors are that she has family in Port Charles and that Nina and Helena know her ‘secret.’ We know that Rosalie was spying on ELQ was that for Helena? Was Helena was blackmailing her with her secret. Nina blackmailed her into helping her decieve Silas but once Rosalie had info on Nina, Nina could not blackmail her any longer and Rosalie was free!

Could Rosalie’s secret be that she is Sonny and Lily’s child, could she actually be Rosalie Rivera and not Rosalie Martinez? Did she use Martinez as a cover for her true identity? Linda Tovar and Lily Melgar are dead ringers for a mother/daughter duo. If Rosalie is Sonny’s daughter does that mean Lily Rivera Corinthos is not far behind? What will this do to the Sonny and Carly coupling? Is Rosalie out for revenge on her father Sonny? She was raised by the Riveras who hated Sonny and certainly would have brought her up in their mold.

All of this brings us to major GH reveal and the only Rivera we know in Port Charles… Carlos Rivera! Is Carlos Rivera possibly Lily Rivera’s brother back for revenge on his brother-in-law, to finish what his dead father Hernando started and to ruin Sonny? Carlos is from Puerto Rico and so was Lily and her father Hernado – what are the odds of them having the same last name and birthplace and winding up in Port Charles?

If Rosalie is a Corinthos that would make her half siblings with Morgan. Kind of creepy considering she and Morgan got really close when she first landed in Port Charles but if you remember the writers did the same thing big time with siblings Britt and Nathan. Michael is not biologically her brother so we can put the whole outrage of incest to rest. If Rosalie is Sonny’s then Carly and Sonny will have a huge obstacle to overcome because I don’t think Rosalie and Carly will be besties anytime soon. Now with Carlos being tracked down and shot by Anna what will his fate be? Will Carlos’s story get bigger as his family roots start to surface? Tune in to General Hospital spoilers and news on CDL to watch Rosalie’s story unfold.