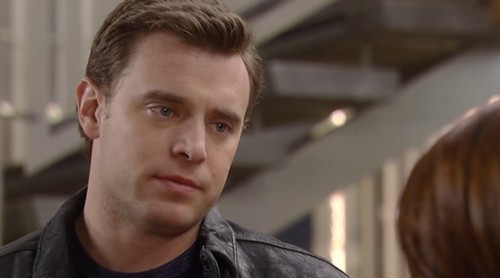 Check out these “General Hospital” spoilers for the big cliffhanger episode. Today, Jake Barnes (Billy Miller) will tell Liz Webber (Rebecca Herbst) that he’s staying in Port Charles. This and Jake telling her that he’s just not feeling any affection or recalling anything about supposed wife Hayden Barnes (Rebecca Budig) will give Liz renewed hope. She’s already questioning whether she’s reconsidering Ric Lansing (Rick Hearst) only out of lack of alternatives. This should be enough to keep Ric cooling his heels for a while longer.

Meanwhile, Hayden trying to explain away Jake’s vivid dreams of Sam Morgan (Kelly Monaco) will not convince him of anything particularly once Jake starts dreaming of being in Hawaii enjoying a romantic vacation with Sam. In fact, he’s recalling their honeymoon. These dreams will not abate but will become more vivid and frequent. This will keep Jake from consummating with Hayden no matter how much she presses.

Now if Jake will only mention the Hawaii thing to Sam this could move forward (no such luck). Today Patrick Drake (Jason Thompson) and Sam will chat happily about their impending co-residency. It’s critical that they settle in and play happy family together to make it all the more tumultuous when the big “Jake as Jason” reveal happens as is rumored during November sweeps. By then, Sam will be firmly nested playing mommy to Emma who will be happily playing big sis to Danny. That will be hard to fracture.

Meanwhile, Hayden is getting frustrated that her short term “play wife for pay” gig is turning into something more complicated. She’ll tell Ric she can’t get Jake out of town now because of his determination to take the job for Julian Jerome (William deVry). She’ll demand money now or threaten to take off. Hayden will tell Ric her services aren’t free and he better pay up if he wants her to stick around and play wifey.

And speaking of Julian, he’ll get into an armed confrontation today and “General Hospital” spoilers indicate that it may be with Shawn Butler (Sean Blakemore). Will Shawn take the chance, once they put down their guns, to ask Julian about Jordan Ashford (Vinessa Antoine)? After all, as far as Shawn knows, Jordan worked for Julian’s mob before the Corinthos gig. Will Shawn ask questions to verify whether she was a legit mobster or a rat? And will his questions raise suspicions in Julian about Jordan? Expect Jake to come to Julian’s rescue!

Sonny Corinthos (Maurice Benard) will chat today with Spencer Cassadine (Nicolas Bechtel) who is now rocking a Phantom of the Opera style half mask. Spencer will tell Sonny that Cameron Webber (Michael Leone) ruined his life by starting the fire that burned him. Will that cheeky little mini-Prince Cassadine try to hire his Uncle Sonny to take a hit on Cameron? Also, Spencer will stumble across Jason’s ring hidden in his dad Nikolas Cassadine’s (Tyler Christopher) things and Nik will have to scramble to explain what it is. Will Spencer recognize it as Jason’s ring?

And now that Patricia Spencer (Dee Wallace) has died (after one of the shortest – if not the shortest – guest arc ever), the Port Charles Spencers will encourage Valerie Spencer (Brytni Sarpi) to stay in PC and get to know her family now that the only relative she had is gone. This will lead to an encounter with Dante Falconeri’s (Dominic Zamprogna) partner Nathan West (Ryan Paevey) where “General Hospital” rumors indicate that we will find out that Nathan and Valerie have a shared romantic past.

Carly Corinthos (Laura Spencer) and Lucas Jones (Ryan Carnes) are concerned about their mother Bobbie Spencer (Jaclyn Zeman) in the wake of the death of her big sister Patricia and Luke Spencer’s (Anthony Geary) arrest. She will turn to her children for comfort but this is going to be a rough time for her.

Be sure to watch Friday’s episode of General Hospital to see what cliffhangers we’re left with and then head back to CDL for more “General Hospital” spoilers, gossip and casting news.